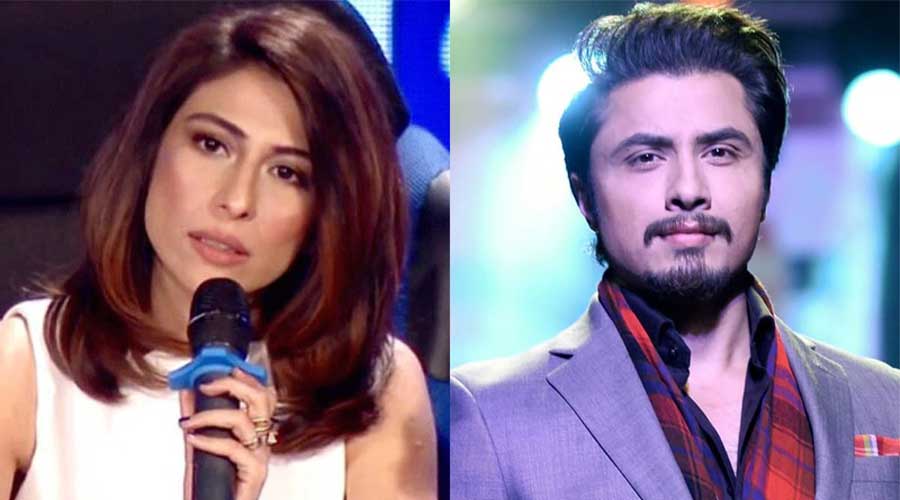 On Monday, Ali Zafar, singer and actor filed an FIR against Meesha Shafi, and eight others for defaming him on social media and the Federal Investigation Agency (FIA) cybercrime wing booked their names for their alleged involvement in a smear campaign against Zafar.

The FIR against the suspects was filed for a non-cognizable offense on the order of the FIA special court. The names which have been booked under the section 20 (1) of the Prevention of Electronic Crimes Act 2016 and R/W 109-PPC are, Ms. Shafi, actor-host Iffat Omar, Leena Ghani, Fariha Ayub, Maham Javaid, Ali Gul, Haseemuz Zaman Khan, Humna Raza, and Syed Faizan Raza.

According to an official, “Prior permission from the special court is required by the investigation officer to arrest the suspects as it is a non-cognizable offense.”

As per the FIR, suspects including Meesha were called many times by the FIA cybercrime wing in order to present their defense against Ali Zafar.

The first complaint was filed on 1st November 2018 as the singer of “Jhoom” complaint FIA cybercrime wing, alleging that many social media accounts were posting “threats and defamatory material” against him. He also provided evidence and details of Facebook and Twitter accounts to support his claim.

He told FIA that he had been alleged by many fake accounts that were created to launch a smear campaign against him weeks before Meesha Shafi’s allegation of sexual harassment against him in April 2018, further said that many accounts were allegedly connected to Misha Shafi.

The singer-actor told FIA with documentary ‘evidence’, “A twitter account @nehasaigol1, which posted 3,000 defamatory tweets against me and my family only in one year, [was] created 50 days before Meesha’s allegations of sexual harassment.”

Then Misha Shafi appeared before FIA in December 2019 but could not produce any favorable evidence that could favor her allegations.

According to the FIR, Leena Ghani was also summoned, but she did not turn up and sent her written statement which was not found satisfactory.

FIR says, “She [Ms. Ghani] was found involved in publicly posting defamatory content against the complainant on Twitter on April 19, 2018.

Fariha Ayub and Maham Javaid were also summoned four times but they did not turn up to join the inquiry. Iffat Omar appeared but did not record her statement with the request to give her time, but despite repeated requests failed to record her statement.”