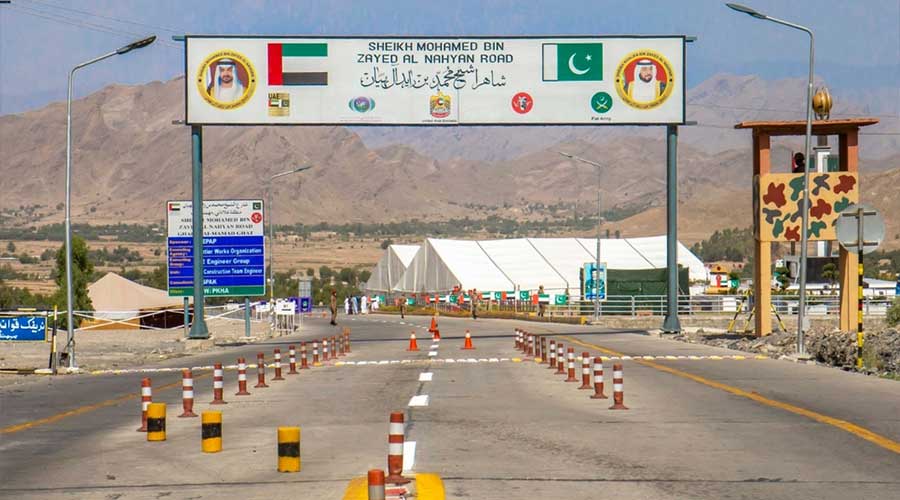 The Ghallanai-Mamad Gat Road (Sheikh Muhammad bin Zayed Al Nahyan Road) has been built in the remote mountainous region at a cost of Dh106million by the UAE Pakistan Assistance Programme, UAE-PAP, and financed by the Abu Dhabi Fund for Development.

PM Imran unveiled the memorial plaque following the inauguration and led a tour of patrons and guests on the built Al Nahyan road in Mohmand district. This road consists of water channels, tunnels and bridges.

While speaking at the ceremony, PM Imran Khan said: “I want to express my sincere thanks to the UAE, especially Sheikh Mohamed bin Zayed, for building this important road in the remote area of the country. Project in Mohmand is a gift to the people of the region built in collaboration with the UAE Government,” Imran Khan said.

Moreover, Director of the UAE-PAP Abdullah Khalifa Al Ghafli highlighted the importance of building the road and said that it was one of the largest and highly important modern development projects that have been implemented in the KPK region.