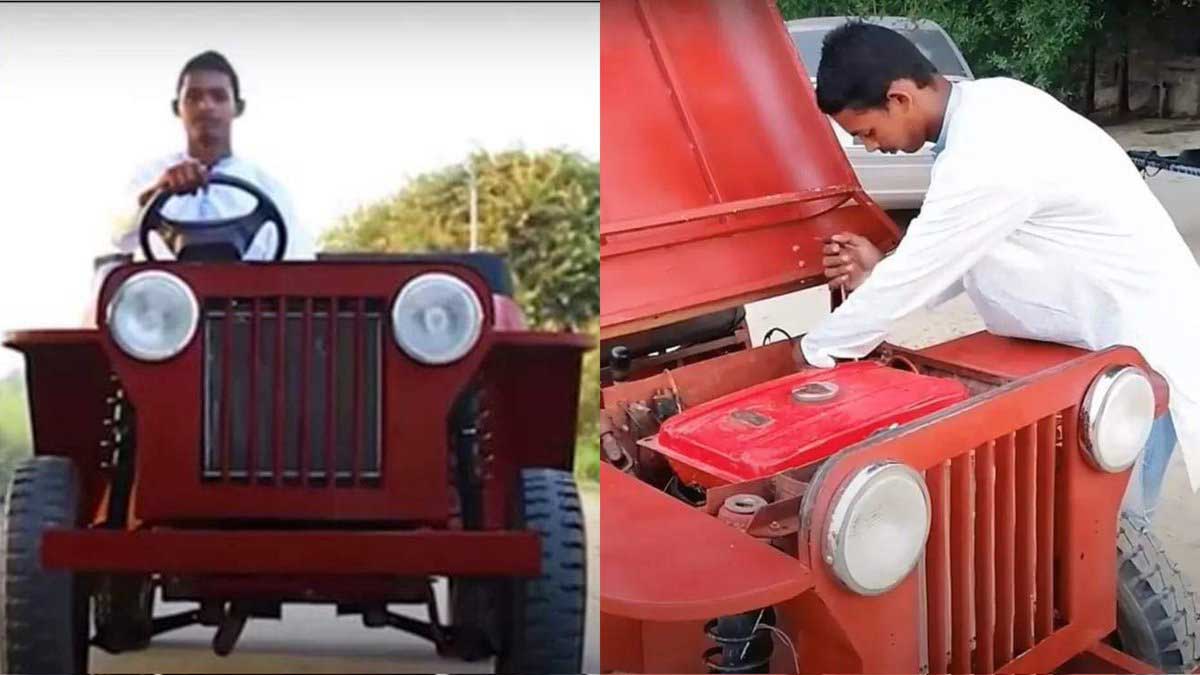 A matriculation student named Hassan has recently assembled a car in Khanewal with a motorcycle engine along with the other parts of a vehicle.

According to the official source, in the manufacturing of the car the process from planning to execution everything was done by this young devotee. As per the student’s statement, “I began by making a sketch of how I wanted my car to look like; I made a small prototype based on the model designed. I added automotive parts and kept on working till it becomes functional like a car.”

Further news reveal that the car engine can cover an average of about 25 km/hour and this automobile can be more advantageous to carry heavy loads instead of only been used for traveling purposes.

The reports say that this innovator always wished for a car as his friends were capable of affording one but due to the financial constraints of his family, having a car was a dream for him, so he decided to make a car himself using motorcycle engine to fulfill his wish.

Hassan’s father supported him in the idea of self-manufacturing a car. The pathfinder innovatively tested to use the old engine of an old motorcycle and luckily this experiment becomes a successful one. Other automotive parts were made available by his father put his endless efforts to fulfill his son’s dream by being the biggest support to him.

This young genius has been given the title of ‘engineer’ in his village by the people due to his unbelievable invention. His invention is also well-known as ‘the baby car’, although looks small but works exactly like a proper vehicle.

Furthermore, the little originator and his family are proud of his design and the young boy is not ready to sell his car at any cost, not even for Rs 1 million as he has put all his immeasurable efforts in creating this invention.