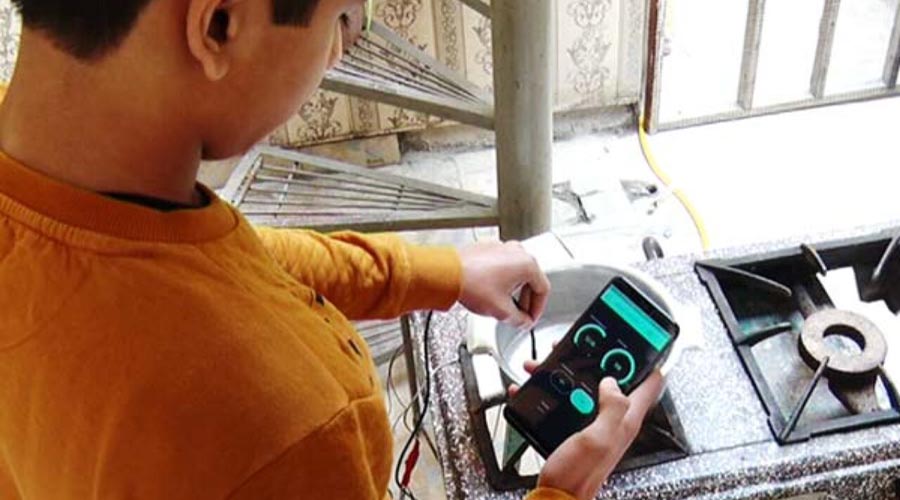 Along with a lot of other IT achievements, Huzair Awan, a Pakistani young boy of 14 years of age, has prepared a geyser that would save 50% of energy. This is an IoT-enabled geyser for the operation of which, availability of internet in addition to the gas is required.

Two sensors are used with the geyser, one produces the electronic spark and controls the gas while the other controls the temperature. The geyser automatically gets off while the temperature of the water touches the required level and it again gets on when the water becomes cold. The pilot of the geysers, available in the market is always on whereas, this will not be the case here which will save energy.

Huzair said that for the preparation of this geyser, a small amount is spent and all the precautionary measures have been taken while it was manufactured. At present, the IoT-enabled geyser has been made on an experimental basis but it can easily be made on commercial grounds, said Huzair Awan.

The young prodigy told that his basic expertise and crave is to prepare the robots and so far, many projects in regard have been completed including the driverless car which makes its own path, using the sensors, fitted in it.

Moreover, he has made the operations through which one can control the electronic equipment of home while sitting in the offices/workplaces. He has manufactured the car tracker and also a robot that shakes hands and introduces itself.