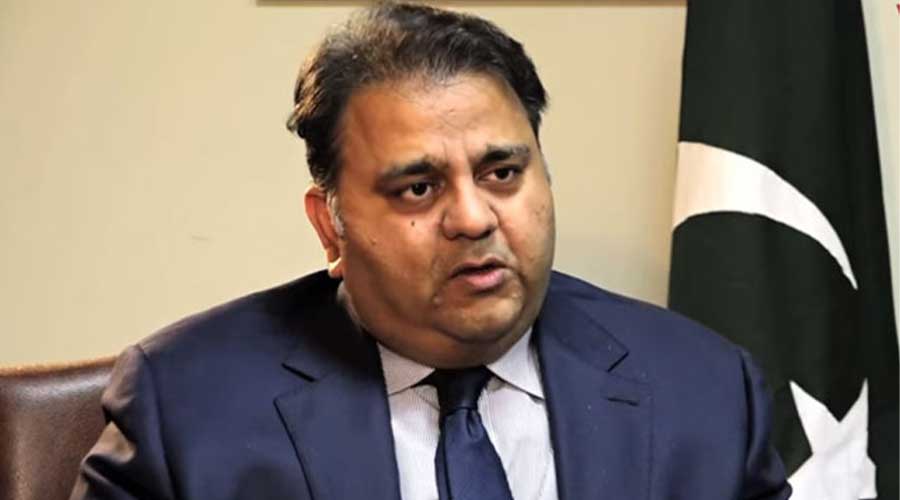 On Monday, Fawad Chaudhry, Federal Minister for Science and Technology said that PML-N leaders Maryam and Nawaz Sharif are presenting a flawed narrative adding that they will accept Prime Minister Imran Khan as an angel if he only allows them relief from corruption cases and allow them to keep their stolen money safe abroad.

While criticizing Maryam Nawaz, Federal minister Fawad Chaudhry argued that PML-N cannot accept Imran Khan until he gives them relief from corruption cases. “Maryam Nawaz is building a narrative that all national institutions are acting in collusion with the government [against the Opposition] and that PM Imran Khan is a cruel man,” he said on a private channel.

He added, “her narrative is that Khan is subjecting the PML-N to political victimization. She believes that the army and judiciary are against her party. She also believes that the Opposition is being dragged through the mud by state institutions in collusion with the PTI government.”

“However,” he said, “the narrative suffers from one major flaw in that all cases being suffered by Maryam Nawaz party were actually lodged by the PPP. And the institutions which she is ranting against are the ones that were established in the era of her father, Nawaz Sharif,” Chaudhry said, adding that everyone “from the chairman NAB to the peon” was handpicked by her father.

“Given her narrative, the question arises as to why Maryam has objections regarding nearly all national institutions,” Chaudhry remarked.

Then he claimed, “[It seems] her complaint [actually] is: Why are the judiciary and the military not lending a helping hand in protecting the money of Nawaz Sharif and his family. This is the only conclusion I could have arrived at from her argument” he said.

In the end, he said that Prime Minister Imran Khan if allows opposition leader to keep their illegal money abroad and allows them relief from corruption cases, he will become an angel for them.