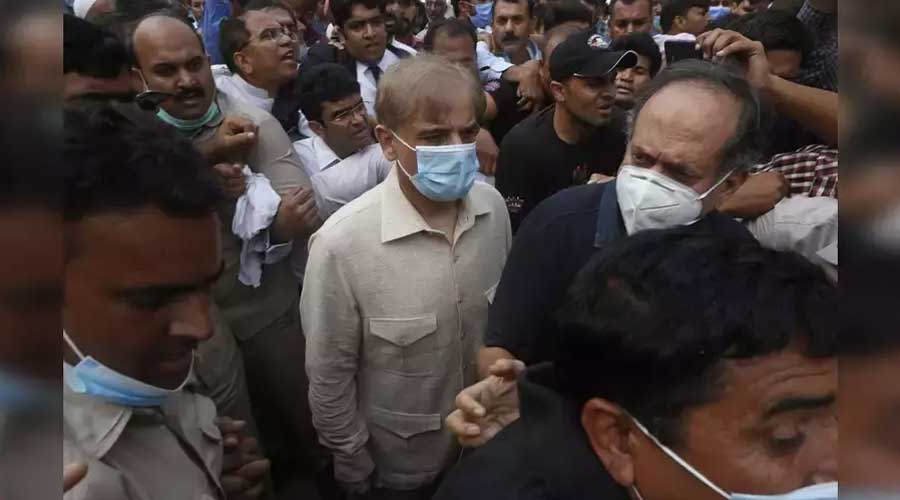 On Monday, the president of PML-N was arrested when Lahore High Court rejected his bail plea. He was arrested from the court premises after a two-judge bench rejected his interim bail plea. Shehbaz’s bail petition in assets beyond means and money laundering case was heard by the bench.

A two-member bench presided over by Justice Sardar Ahmed Naeem heard detailed arguments against Shehbaz Sharif’s bail plea. Challenging his bail plea, NAB’s prosecutor told the court that Sharif’s arrest was required because he is to be interrogated in the money laundering case.

Faisal Bukhari NAB prosecutor argued that questionnaires were issued to women in Shehbaz’s family but no reply was received and no reason has been provided for purchasing London’s flats till now, he claimed. He further stated that Ali Ahmed and Nisar Ahmed were employees of Shehbaz since 2009 when he was the Punjab chief minister.

“It was through them that money was laundered. They had two companies under their names, and they were the directors of the companies. But accused Ikram used to sign the account,” Bukhari argued.

However, Shehbaz remained on the same point that NAB cannot prove any corruption against him even after 250 years.

LHC had extended Shehbaz’s interim bail till September 28 in the assets beyond means and money laundering cases.