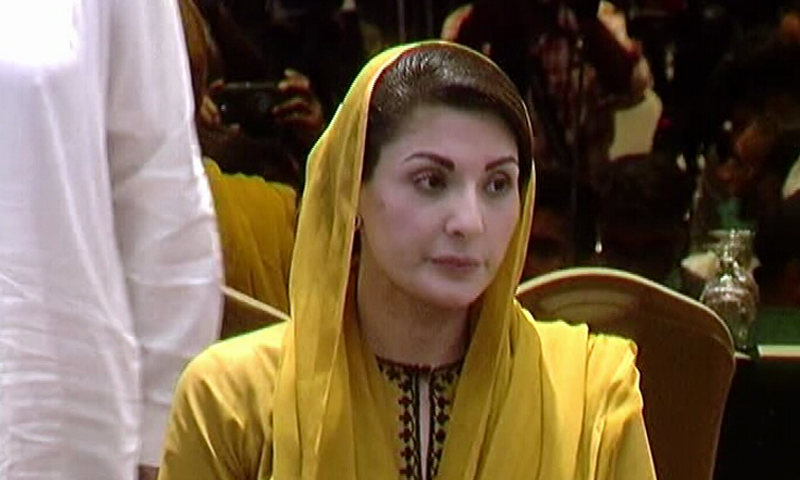 Pakistan Muslim League-Nawaz (PML-N) vice president Maryam Nawaz Sharif has decided not to file bail request after her name is nominated with others who violated the sacredness of Quaid-e-Azam tomb as reported in the ARY News.

According to Maryam Nawaz lawyers, the daughter of PML-N supremo Nawaz Sharif has labeled the FIR registered against her and other party leaders as fake and wanted to take it back.

The FIR lodged against PML-N Vice President is fake and bogus, the lawyers alleged and further added that only guardian of the Quaid’s mausoleum can submit the complaint pertaining to this matter.

The lawyers claimed that Sindh police were forced to arrest Capt. (Retd) Safdar Awan. In addition to the case, Maryam Nawaz is also willing to be arrested in this case.

The case for violating the premises rules was registered against PML-N leaders including PML-N Vice President Maryam Nawaz, her spouse Captain (R) Safdar Awan and 200 other PML-N workers at the Brigade Police Station, Karachi for chanting political slogans at the Mazar-e-Quaid.

On Monday morning, Pakistan Muslim League-Nawaz leader and husband of Maryam Nawaz Captain Safdar was arrested by Sindh Police in this case and hours later he was granted bail against surety bonds of Rs 100,000. However, Saeed Ghani, the provincial Educational Minister had disclosed that the Sindh government is not behind the arrest of PML-N leader Safdar Awan.

While tweeting, Maryam Nawaz said that Police barged into her hotel room and detained her husband. In response to that Ghani said that “whatever Capt. Safdar did at Mazar-e-Quaid was uncalled for but the way Police reacted to the situation for reprehensible.”