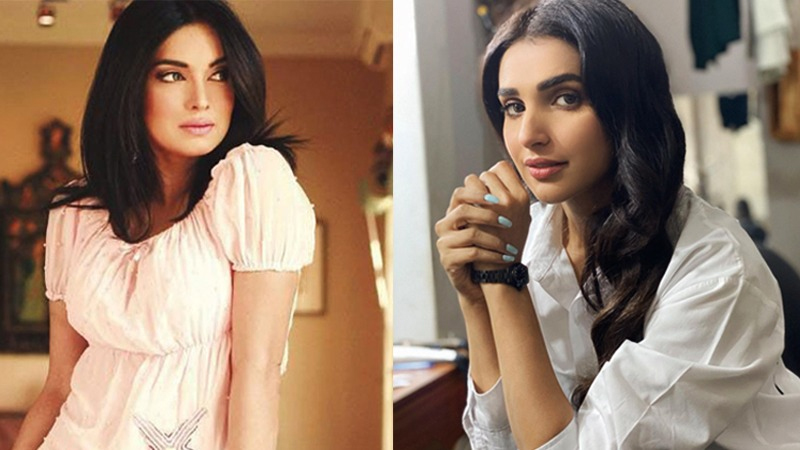 Model and actor Amna Ilyas addressed the criticism she has been facing for her recent body shaming remarks saying that had her up all night.

She took to Instagram and said that she used to make fun of her cook for “being lame”, teacher for stammering and best friend for being short heighted when she was a young but she has now changed.

“Never have I ever called someone mota. I have used words like hathi [elephant], genda [rhino], saand [bull],” Ilyas said in a video she posted on Instagram on Friday.

Model Amna Ilyas took to social media platform to address her fat shaming comments directed towards veteran model Aaminah Haq. She humiliated the senior top model of her time and continued sharing that such cutting comments had been a part of her life and personality as she has been using since her childhood and arrogantly shared that he was a bully.

“I was 6-years-old when we had a disabled cook Nauman – I used to make fun of his limping, calling him loora Nomi loora Nomi,” Ilyas said. “When my cousin had a child, I wouldn’t embrace her in my arms, making faces at how pheeni she was (how bland her features were). I was 12 then.”

“At 15, my school teacher had a speech impairment. I would imitate his stutter and stammering. I insulted my best friend for being too short, advised my bald neighbor to grow some hair, told my house help she had crooked teeth and made fun of the guests at my home for being too dark.”

“I have never called a single person fat in my life, I prefer to use words like elephant, bull or hippopotamus instead,” model Amna Ilyas continued to smirk with her shaming remarks.

Boastful of her own size, the Baaji actor then directed the conversation to address the elephant in the room.

“I said I’m none of those things because it’s true. I am not, I used to be,” proceeding to lecture her viewers, sure that they too would have indulged in such behavior in their past.

“Aaminah Haq, I cannot change what I said, I cannot undo the change I might have caused you but I try to be a better me every day,” she ironically declared, directing focus on the plate of oily paratha sitting quite obviously in her hands. “Fat and burnt black too.” she examines it.