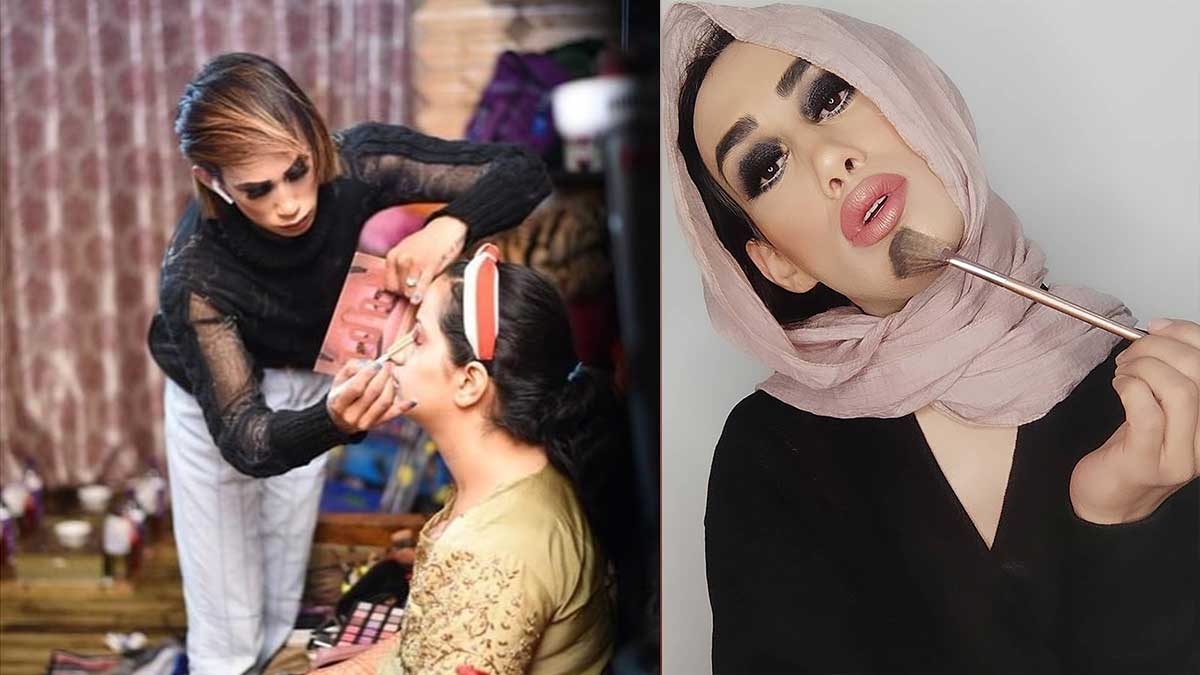 The person, who was tortured by her family as a teenager, was bullied at school and taunts and expletives followed her on the streets did not gave-up and remained strong. With her make-up tutorials on Instagram and YouTube, Manu is winning hearts all over the internet. Each day her fan-base grows and along with it, support from society.

“Everyone appreciates my work. It makes me feel very happy and proud,” says Manu.

But as she turned 13, she started feeling different.

Manu Bebo told the media, “After my sister got married, I was feeling very lonely. I had many female friends and I started realizing that I too wanted to be a girl. I started to wonder why God didn’t make me a girl.”

She said with time she understood that she had the “soul” of a girl.

This thinking brought backlash from family, friends and relatives. She faced rejection and ridicule from society.

“I was badly bullied during my high school days and I felt mentally tortured to such an extent that I decided to quit my studies. Later on, I got used to it, and eventually, I didn’t care.”

Despite that, she was determined to make something of herself. She decided to start her own business.

“Makeup is something that I’ve always enjoyed doing and when one has an opportunity to start a career in something that is enjoyable, then why not do that? I am totally self-taught and don’t have any professional training,” said Manu, who speaks and writes fluently in English.

However, she started her venture 4 years back and with her hard work and dedication, she earned a name for herself everywhere in Kashmir. She has 1000s of followers on social media and the number keeps growing.

Manu Bebo is thankful to her mother, a teacher, for supporting her throughout her journey.

“I am happy with my life. I don’t have any regrets. It doesn’t matter what anyone thinks or how they react. I earn my own money and my family is fine with whatever I do.”

Manu had these words to share for her fellow transgenders: “To all the transgenders out there, or even those people who are forced to hide: be yourself, as life is too short to give weight to what people think. Whether you do good or bad, people will always have something negative to say. So just don’t pay attention to such people, and rise, like a boss.”