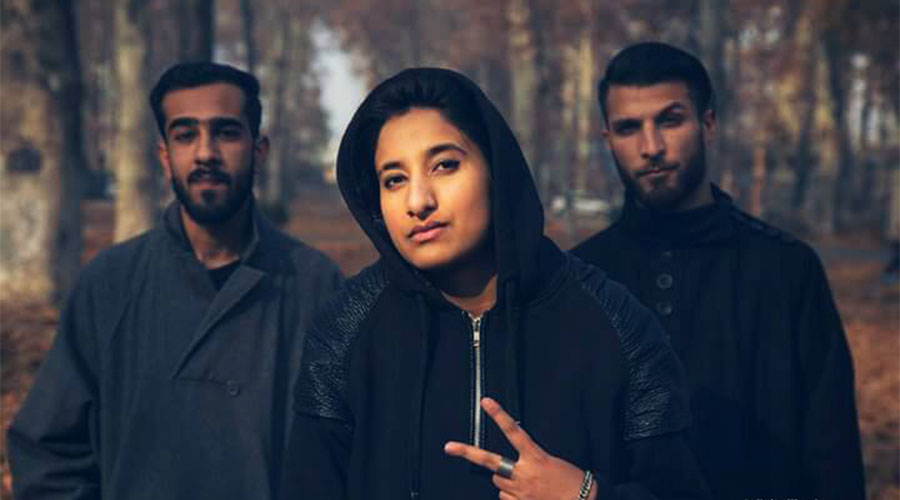 Mehak Ashraf from Indian occupied Kashmir comes across as a young girl from Srinagar who is a super talented rapper and believes that music is an effective form of peaceful resistance that transcends boundaries, creates impact.

Mehak is known as Kashmir’s first female rapper, a voice for the people’s struggles and political consciousness in a valley that has been torn by turmoil for the past three decades. Mehak’s songs are full of anguish and despair. For example, she wrote a poem on the tyranny going on in Kashmir,

Inspired by Eminem, Mehak Ashraf has taken his name as backwards as her stage name “Menime”.

She told about her journey, “I was in Class IX at that time. Due to the situation, the schools had been shut for six months. It was during those endless days of curfew and strike, I happened to come across the songs of Eminem.”

“Eminem had a troubled childhood and failed multiple times during his school. His story really moved me. Besides, he never talks about sex, drugs or girls in rap. His music reflects the societal problems and struggles of the masses. This motivated me to sing and write rap songs,” she says.

The rapper also tolerated criticism but she remained consistent, “I have faced a lot of criticism, especially from men and religious quarters who consider rap and music to be an ignoble pursuit for a Muslim girl. Others compared me to Dhinchak Pooja, and suggested I am rapping just to earn attention.”

But Mehak remains unfazed and said, “I take criticism, good or bad, head-on and make myself better with time.” Her parents eventually realized her love for the art form and support her in her endeavors now.

Mehak Ashraf further shared, “I have composed 15 songs so far and given three stage performances. Production and recording is a challenge. There are few good recording studios here and each session of recording takes around 1,500-2,000 [Indian] rupees. For a student to arrange this sum every time is a big deal. So whatever pocket money I get, I spend on that.”

And her songs can be heard and downloaded from different applications, “There are several applications through which I add my music — voloco, inshot, videosuite17, rapfame. I record vocals first and then add the music via the apps.”