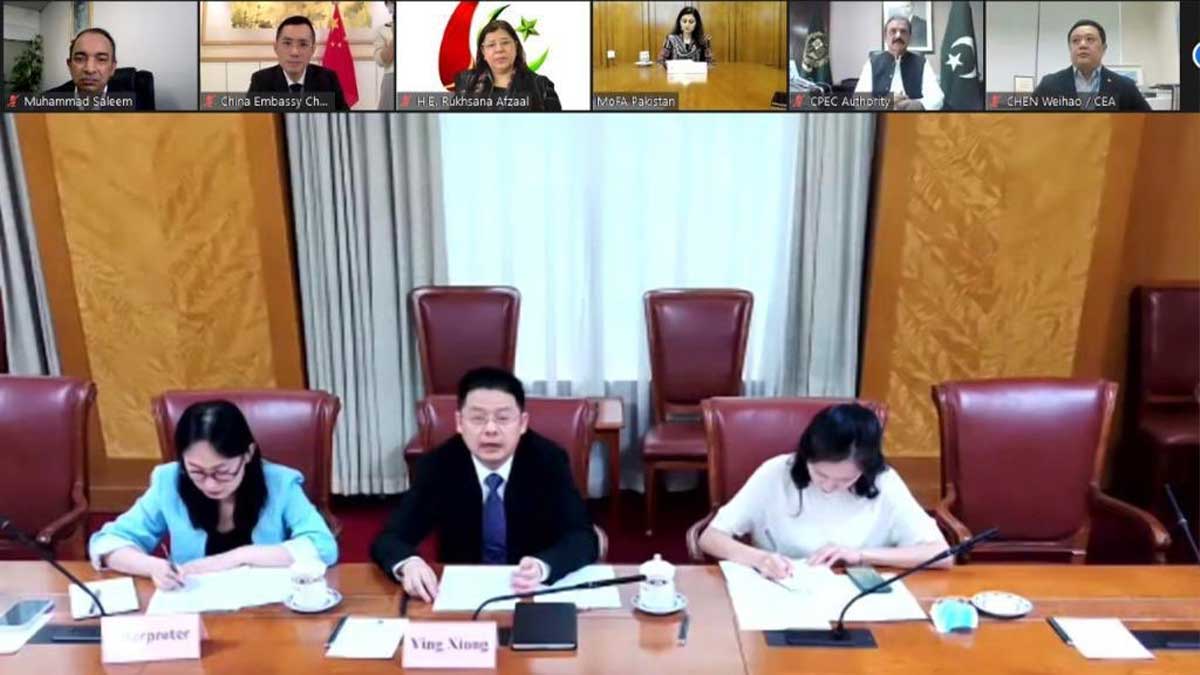 On Thursday, while addressing in a webinar meeting, organized by the Pakistan High Commission and Embassy of China in Singapore jointly, Lt-Gen. Asim Saleem Bajwa urged the investors of Singapore to invest in the SEZs of CPEC.

Asim Bajwa said that Singapore could be the role model for the economic development of Pakistan and the government of Pakistan wanted to use the expertise of its investors, especially in the area of science and technology, and industrialization.

He added that the CPEC was a lifeline for Pakistan and the first phase of which was to bridge the energy and infrastructure gaps in the country is about to be completed. He said, “We are now moving towards the second phase of CPEC with a range of sectors including industrialization, tourism, science, technology, and agriculture.”

The Chairman, CPEC said that there is a big potential for investment in the areas of textile, garments, and pharmaceuticals in Pakistan. He said, “We are hungry for industrialization and development therefore Singapore investors could benefit from our potential.”

Talking about the SEZs, the Chairman, CPEC said that 37 Special Economic Zones are to be established in Pakistan out of which nine will be completed at top priority whereas four had been put in the list of the “most important ones.”

He said that the Rashkai Economic Zones, comprising 1000 acres has started and a Chinses company Century Steel has been established there which will probably start its production within a year. He informed that the Allama Iqbal Zone in Faisalabad has also started working where a number of industrial units are being established.