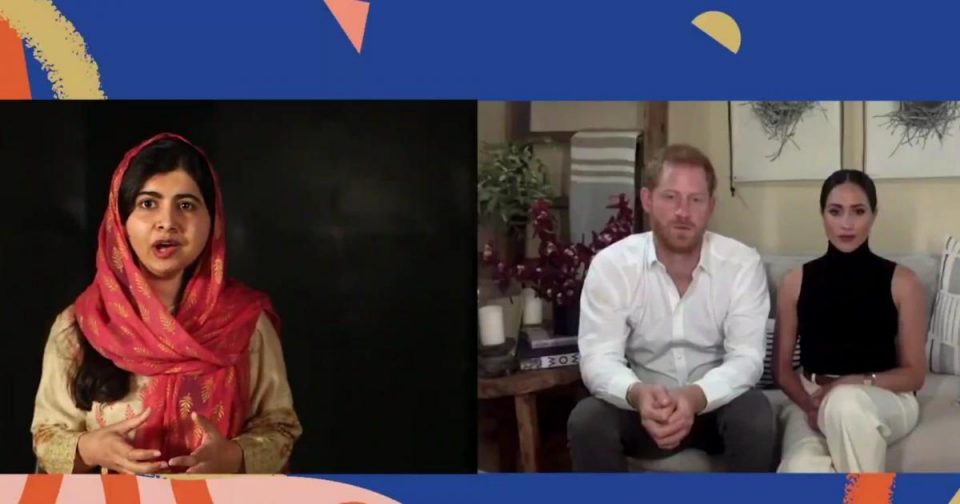 Prince Harry and his wife Meghan Markle teamed up with the education activist and Nobel Laureate Malala Yousafzai via video chat to celebrate the International Day of the Girl.

The conversation between Prince Harry, Duchess of Sussex Meghan Markle and 23-year-old education campaigner was regarding obstacles girls are facing in retrieving education in the era of the coronavirus pandemic. The video was released on Malala Fund’s YouTube channel and website yesterday to mark the International Day of the Girl Child.

During the chat, Malala, Harry and Markle discussed how pandemic had an impact on young women’s access to education. According to the research by the Malala Fund, 20 million secondary school-aged girls may never take a step into the classroom even after the end of the pandemic.

Back in 2011, the United Nations declared October 11 as the International Day of the Girls Child in order to encourage girl’s rights and discuss the challenges girls face around the world and provide solutions.

Malala Yousafzai, who was shot in the head while going to school by extremists in Swat, Pakistan on 9 October 2012, later became the youngest ever Noble Peace Prize winner in 2014. After the successful surgery, she stayed in the UK and graduated with a degree in politics, philosophy and economics from Oxford University.

Harry is currently living in California along with her wife Meghan Markle and in the quest for financial independence from the Kingdom, have been campaigning for girl’s education for quite some time. She has also spoken in the United Nations Women Conference in 2015 regarding gender equality.