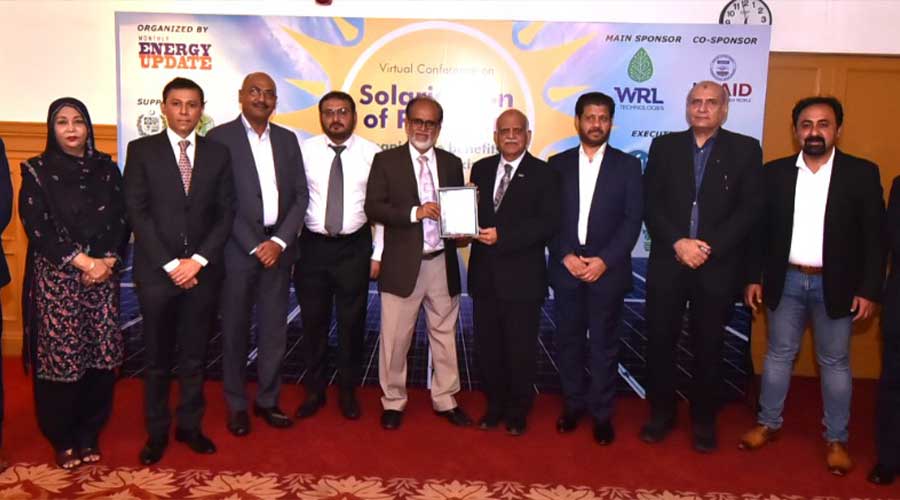 CEO of the Alternative Energy Development Board (AEDB) called solar power the way forward for Pakistan to safeguard its energy security and to lower the basket price of electricity for consumers.

As per the Alternative Energy Development Board (AEDB) CEO Dr. Rana Abdul Jabbar Khan, solar power is the way forward to guard its energy security. While speaking at the first virtual conference on Solarisation of Pakistan, organized by Energy Update, he said that Pakistan is one the best solar zones worldwide and so the country should not miss this opportunity rather should take its advantage.

He stated that lately, solar energy had become the cheapest source of energy among the low-cost options for generating electricity. “This has happened due to a steep decline in solar electricity rates.”

Furthermore, he said that the exploitation of solar power potential in Pakistan would be fully supported by the AEDB, in this way, 30 percent of its electricity could be generated by 2030 from the clean sources of energy. He added that the solar resource mapping of Pakistan had been conducted by the AEDB along with the support of the World Bank. Also, nine solar stations had been established in different areas.

He went on the say at the first virtual conference on the Solarization of Pakistan that this project will also be introduced for the distant off-grid areas of the country.

Moreover, PM Housing Task Force Chairman Zaigham Mahmood Rizvi while speaking on the occasion said that there is a need for using superior quality equipment in order to produce solar electricity for the long-term benefit of the energy sector.

He added that superior quality equipment could be of long use which can be used for up to 40 years for the maximum benefit of the energy system.