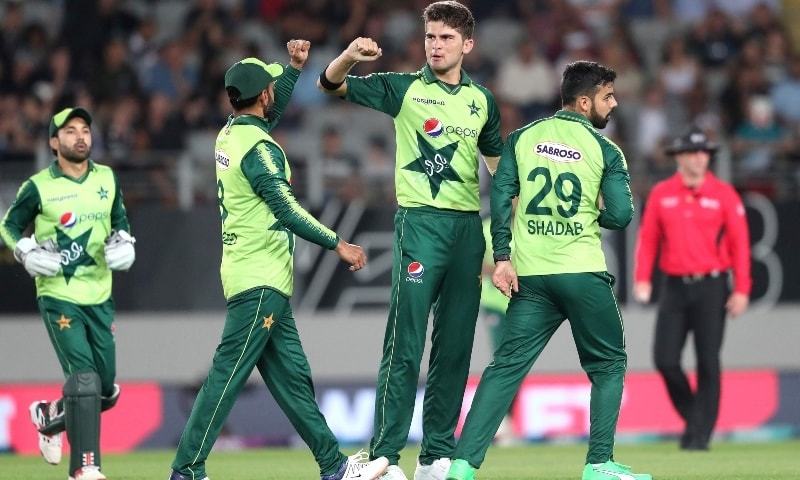 After the conclusion of the series against New Zealand, Pakistan players have made important gains in the recently updated ICC T20I Player Rankings.

The 20-year-old Shaheen Shah Afridi has achieved a career-best place among bowlers, while their rankings have also been strengthened by veteran Mohammad Hafeez and wicketkeeper Mohammad Rizwan.

After taking four wickets in the three-match series, Shaheen is now sitting in 16th place. Faheem Ashraf shifted from 35th to 13th place. He took four wickets as well.

Emerging pacer Haris Rauf, who in 2020 will be the second highest wicket-taker in this format, climb to 62nd place.

In the second game, Hafeez, who scored 140 runs in the series, including an unbeaten 99, jumped 14 places to reach 33rd place.

Although Babar Azan was not part of the series, still he succeeded in maintaining his place as the second best T20I batsman. No Pakistani bowler despite substantial changes made a mark in the top ten bowlers list.

Meanwhile, Pakistan is set to face New Zealand in its first test and Mohammad Rizwan the new test captain in the absence of Babar Azam has vowed that during their two-match test series against New Zealand, Pakistan would not be cowed down.

He expressed optimism that the expected green-top will not put the tourists in a state of anxiety despite the absence of batting ace Babar Azam who is treating his injured thumb.

The spirited wicketkeeper-batsman, who will become the 33rd Test captain of the nation, and the sixth chosen wicketkeeper after Imtiaz Ahmed, Wasim Bari, Rashid Latif, Moin Khan and Sarfaraz Ahmed to do Pakistan’s honor when he leads the side on Saturday in the first Test at the Bay Oval in Mount Maunganui.