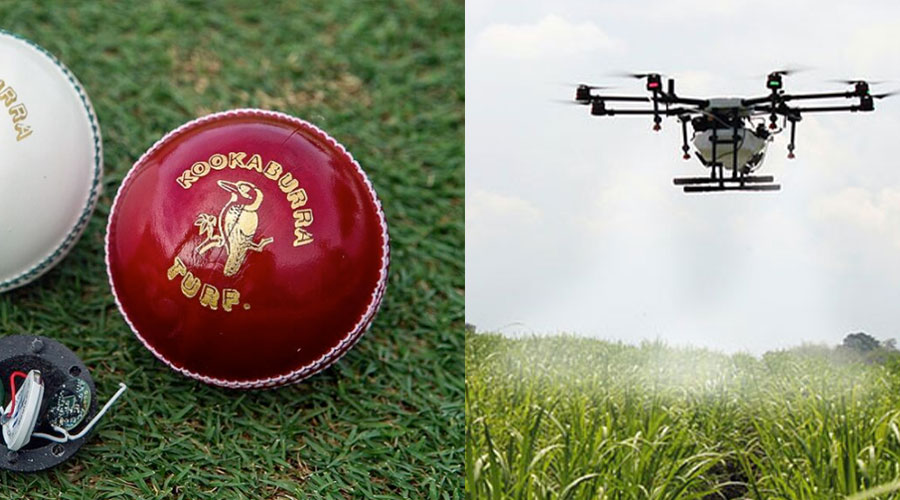 Pakistan is increasing its rank in the IT field as the country keeps developing the latest technology from ventilators, to agricultural drones and smart cricket balls to cope with modern problems.

The Pakistan-made agricultural drones will help farmers to fight against locusts by spraying at fields on those areas which are most affected by the locust attack in Punjab, Sindh, and Baluchistan.

The Minister of Science and Technology revealed this news via official twitter account in which he said “Agricultural drones are made in Pakistan which can spray up to 16 liters of pesticide and can be used for 18 minutes. Before the agricultural drone development the anti-locust spray was showered on the whole field but with the latest censors installed in drones can differentiate infected part of the crop and sprayed on contaminated areas only. These agricultural drones will be a new revolution in agriculture industry”.

Mr. Fawad Chawdhary is also very keen on manufacturing smart cricket balls within Pakistan in the near future. Sialkot which is a sports hub of Pakistan has manufacturers that are famous and renowned for producing one of the finest sports goods in the world and are capable enough to create cricket balls locally.

Back in 2019, a partnership was signed between Kookaburra that is producing the world’s finest cricket ball and SportCor that takes the Kookaburra ball and insert an electronic chip in the center point of the ball.

The ball is still in the testing phase and not used so far in official matches. The chip which is inserted in the core of the ball conveys information to a smartphone or an app.

The information chip will send the speed of the ball, variation of the ball to the smartphone and the data will then help in decision making when a player uses the Decision Review System (DRS) option. According to the company the new ball will change the cricket dynamics.