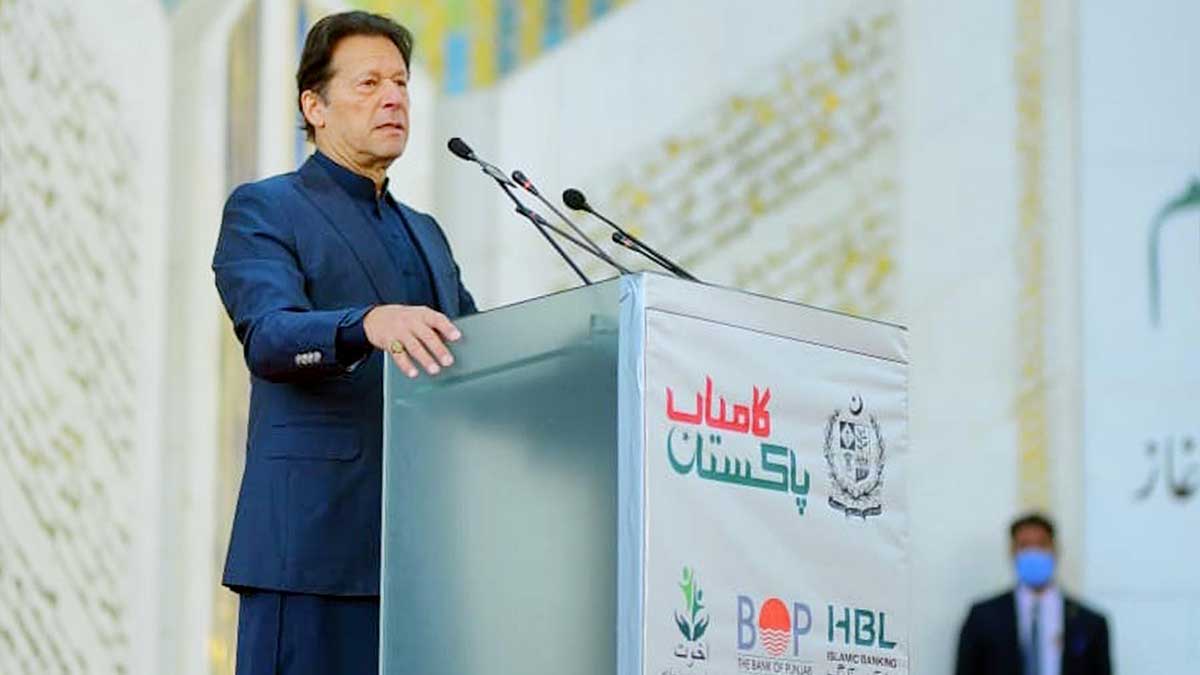 At a ceremony in Islamabad, Prime Minister Imran Khan announced the beginning of the Kamyab Pakistan Program (KPP), which will provide interest-free loans to Pakistanis.

Speaking at the Faisal Mosque’s inaugural ceremony, PM Khan stated that the current government is working hard to provide financial resources to the youth for the country’s development.

The state is responsible for the improvement of underprivileged segments of society, and PTI government have brought around 4.5 million families under KPP.

Read more: Banks to be selected through bidding for Kamyab Pakistan Program

The prime minister said that two million interest-free loans for construction of their own houses and one member of the family can get technical training.

During the next two years, the PM said, loans of Rs 407 billion will be distributed among youngsters, women, farmers, and for the construction of low-income housing under the Kamyab Pakistan Program.

Purchasing a home remains a major objective for the salaried class, and the government is working hard to make this a reality. For the first time, banks are granting loans to the salaried class for this purpose.

During that time, the government will pay a Rs 56 billion subsidy for the purpose.

Rs 2.5 billion has been disbursed so far and in the next two years Rs 1,000 billion loans would be provided to 4.5 million families

He went on to say that the Kamyab Pakistan Program’s main goal is to help low-income Pakistanis and boost economic growth.

Pakistan, according to Prime Minister Imran Khan, “had to be a welfare state like Medina,” but “we lost our way soon after becoming an independent state,” he continued.