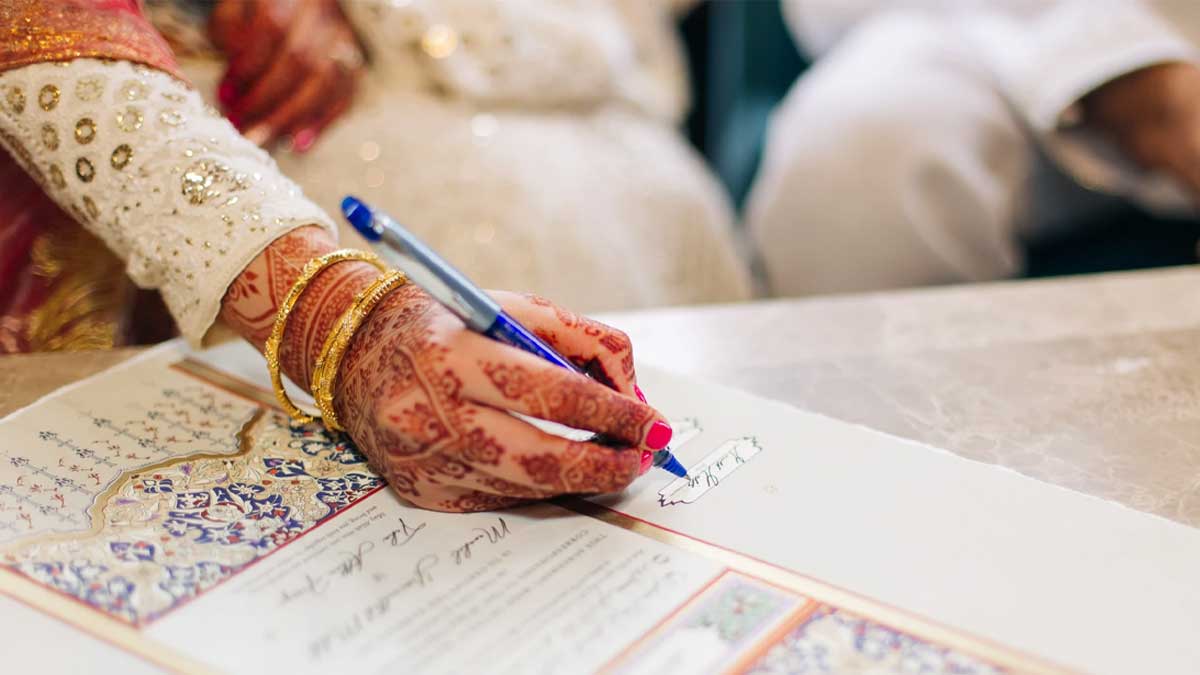 In a recent judgement, the Federal Shariat Court ordered Muslim women seeking Khula (divorce) from their husbands to return whatever Haq Mehr they got from their spouses during their marriage.

The court declared that returning only 25 percent of Haq Mehr in the case of khula (woman’s right to divorce) was against the rules of the Shariah.

On February 17, 2022, FSC Chief Justice Muhammad Noor Kanzai, Justice Dr. Syed Muhammad Anwar, and Justice Khadim Hussain M Sheikh issued the verdict. Haq Mehr is a required payment made directly to a man’s bride in the form of cash or other assets at the time of their wedding.

The Shariah Court, in declaring the 2015 amendments to the 1964 Family Law, Section X and Sub Sections V and VI, invalid and void, has ordered women to return Haq Mehr to their husbands from whom they seek a divorce on the basis of Khula.

According to the Islamic court, if a man leaves his wife, he must pay her Haq Mehr.

A woman used to return 25% of Mehr Muajjal and leave 50% of Ghair Muajjal Mehr to her husband until the 2015 Amended Section X, Sub Sections V, VI. However, the FSC has recently decided that a Khula-seeking woman must give up all of her Haq Mehr. It also stated that this rule will take effect on May 1, 2022.

The court reached this conclusion after hearing petitions from four men who had been victimized by their ex-wives, who had obtained Khula and were acquiring degrees against them in order to obtain Haq Mehr.

The FSC went on to say that this judgement will apply to all cases filed in civil family courts after May 1, 2022.