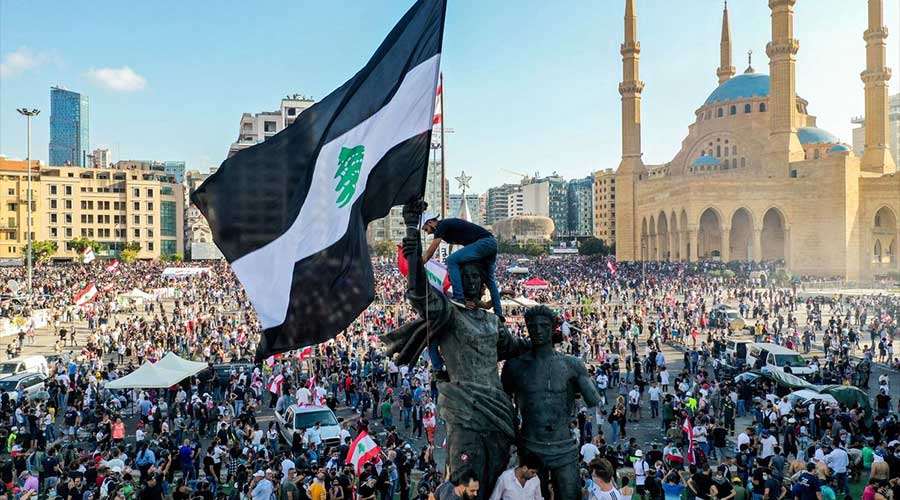 Lebanon’s government has resigned amid mounting anger over the Beirut Port blast that devastated parts of the city and left 163 people dead.

Protestors with the posters saying “Bury the authorities first” gathered near the port where extremely explosive material was kept for years which exploded on August 4. In the Beirut blast, around 163 people died, about 6,000 people injured and thousands of citizens were rendered homeless.

Prime Minister Hassan Diab announced his cabinet’s resignation and blamed endemic graft for the blast which is the biggest in Lebanon’s history. The blast pushed the country mush deeper into another financial crisis.

Prime Minister also expressed that “I said before that corruption is rooted in every juncture of the state but I have discovered that corruption is greater than the state,” Hassan Diab also accused political elite class for blocking the reforms to avoid change in the country system.
Low collaboration among government, politicians and banks led towards heavy financial loss along with delayed talks with the International Monetary Fund (IMF).

The Beirut Blast reflects the sectarian rule system in which the same politicians remained in power and ruled the country since 1975-90. Each group had its own share of directors at the port, which is the country’s main trade channel.

According to citizens, they think even though the government resigned and that’s a good thing but the system won’t work unless new blood comes in. Lebanese are now calling for the downfall of president.

Now it’s up to the President Michel Aoun to consult with the parliamentary coalitions and elect a new Prime Minister who received the most support.

In these circumstances where the public is in anger over the blast along with the devastating financial crisis and on top of that coronavirus pandemic challenge is also circulating, it’s difficult to find someone who is keen to be Prime Minister of the country.

However, citizens are continuously in search for those who are still missing due to the explosion. According to officials, the blast could have caused the country around $15 billion in losses.