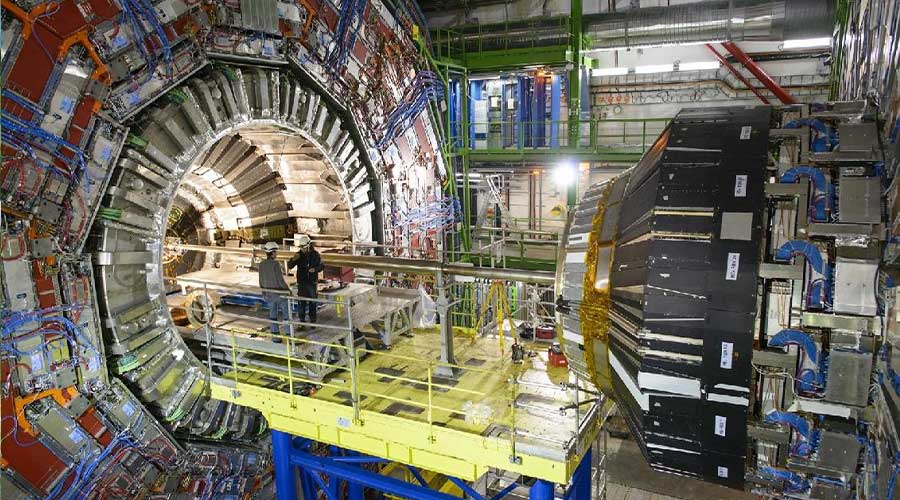 A total of 245 high-rate Resistive Plate Chamber (RPC) out of 300 RPCs installed in CERN’s Large Hadron Collider are designed at the Pakistan Atomic Energy Commission (PAEC) and the National Centre for Physics (NCP) Islamabad while they are manufactured at the Heavy Mechanical Complex (HMC) Taxila.

The Large Hadron Collider (LHC) is the largest and most powerful particle collider of the world, and also the most multifaceted experimental facility assembled in the world.

It is great to reveal that Pakistan has become a key contributor to the Large Hadron Collider (LHC), a project of the European Organisation for Nuclear Research (CERN), which is sited at the Conseil Européen pour la Recherche Nucléaire (European Council for Nuclear Research) facility at the border of France and Switzerland.

As per the reports, a high-rate Resistive Plate Chamber (RPC) fitted in the Large Hadron Collider was originally designed by the Pakistan Atomic Energy Commission (PAEC) along with the Heavy Mechanical Complex Taxila.

Currently, there are 300 Resistive Plate Chamber (RPC) integrated within LHC and out of that 245 were designed and manufactured by Pakistan.

The road towards becoming the top contributor in the Large Hadron Collider was not an easy task as Pakistan beat top companies.

The LHC is being used to track the roots of the Universe. The LHC also revealed the sub-atomic particle which is known as Higgs-Boson in 2012.