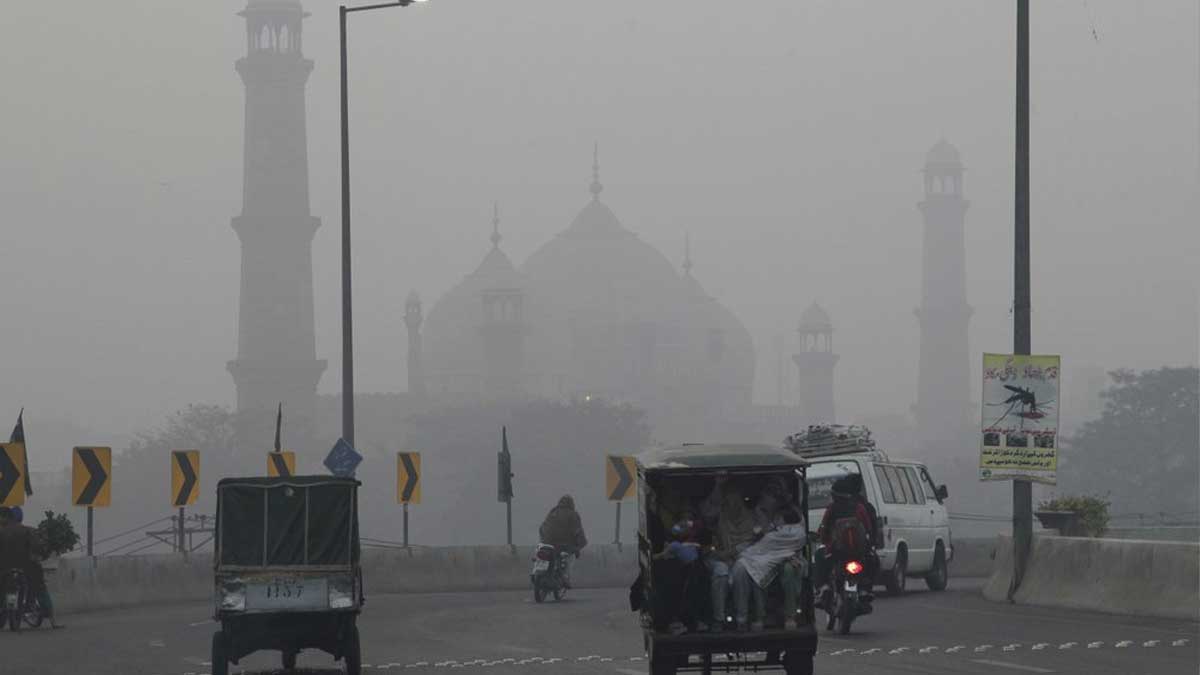 The weather change resulted in smog which has once again engulfed Lahore. The provincial capital’s air is said to be the most polluted in the world with an AQI rating of 195 as per the US Air Quality Index (AQI).

According to the statistics gathered, the maximum level of pollution is being witnessed in the industrial area of Kot Lakhpat having a risky AQI level of 338 because an enormous number of industrial units are burning coal to satisfy this energy needs. It also underlines fire burning instances in Indian Punjab as an additional reason for high levels of smog in the city.

For the moment, Punjab Disaster Management Minister Mian Khalid Mahmood highlighted that smog is a natural process generated by the mixture of smoke and fog in the atmosphere. In Pakistan, smog is commonly produced by a combination of smoke in the fog initiated by a change in the moisture ratio in the air at the commencement of the winter season.

However, the ample removal of smog as a natural process cannot be demanded, but the smog concentration can be condensed by monitoring human activities that are also one of the reasons for smoke in the atmosphere.

The minister underscored that as part of the government’s strategy, the Punjab Disaster Management Authority (PDMA) has previously debarred all activities that result in the rise of the smog intensity due to climate change. From the measures, the most important is smoke from industries and vehicles, solid waste removal, particularly the burning of the old crop remains for the refinement of new crops.

Besides this, an amalgamation of industrial and vehicle emissions, smolder from brick kilns and dust have led to the generation of smog that residents of Lahore experience.

“Government’s efforts are inadequate,” alleged Aleem Butt, a Lahore-based environmentalist. He said that more than 60% of the city’s pollution is caused by vehicles.