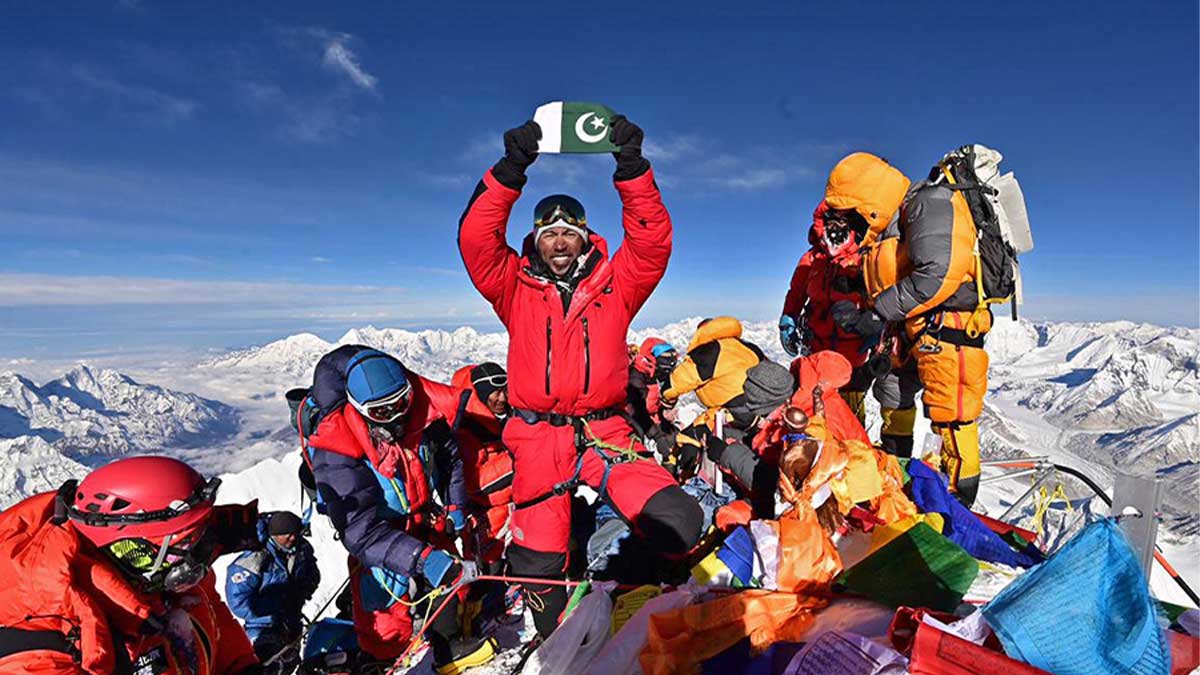 Mountaineer Sirbaz Khan superseded to attain the title of the first Pakistani to climb nine of the world’s highest 14 peaks, each having height of more than 8,000 meters after he surmounted the 8,167-metre-high Dhaulagiri mountain in Nepal.

Sirbaz was affiliated with the 19-member ‘SST-Dhaulagiri I Expd. 2021 Autumn’ journey organized by trekking company Seven Summits Trek. As per the news fetched from officials of Seven Summit Trek, the mountaineers advanced the world’s seventh highest peak on Friday morning, with Sirbaz rising Pakistan’s national flag upon reaching the mountain’s top.

While speaking to the media from Dhaulagiri on Thursday, Sirbaz had conveyed he was resolute to summit the peak on Friday morning.

Dhaulagiri is a share of the Himalayas mountain range and is widely recognized as one of the toughest peaks to climb owing to its steep sides and extremely cold climate.

Meanwhile, Sajid Ali Sadpara, the son of famous mountaineer late Mohammad Ali Sadpara and a climber himself tweeted: “Lots of congratulations to Sirbaz Khan to climb Dhaulagiri. After climbing Daulaghiri he is the first Pakistani to summit nine 8000 mountains.”

Sirbaz, from the Aliabad area of Hunza in Gilgit-Baltistan, began his climbing career in 2016.

He befitted the leading Pakistani to apex Mount Lhotse, the world’s fourth-highest mountain at 8,516m in Nepal, deprived of the use of additional oxygen in 2019.

He had been complemented by late Muhammad Ali Sadpara on four of these journeys.

Sirbaz Khan has an aim to turn out to be the first Pakistani to climb all 14 of the world’s highest peaks.

Prior to starting his objective to pinnacle Dhaulagiri earlier this month, he had said: “I am looking forward to his expedition and reaching closer to the dream of my mentor Ali Sadpara, who had the similar dream of scaling the 14 highest peaks, but tragically lost his life earlier this year during a winter expedition on K-2.”