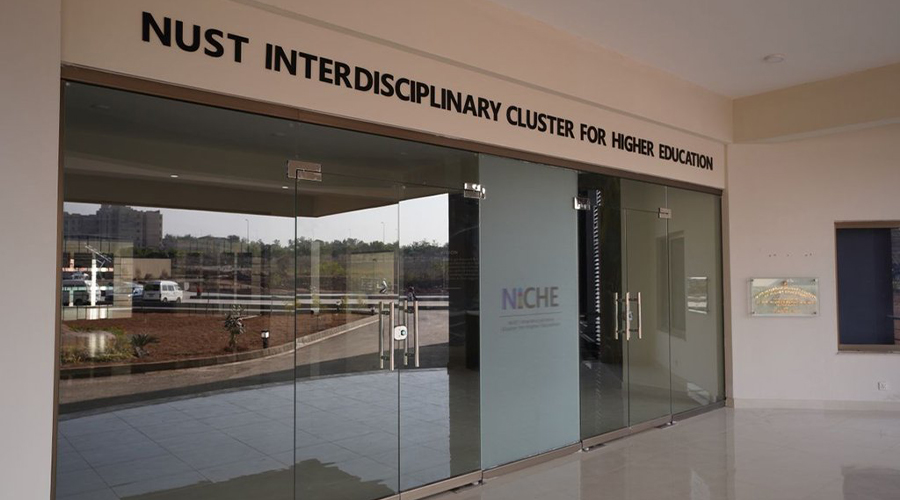 NUST, Pakistan’s one of the top universities has again taken a new initiative by introducing a new, state-of-the-art facility called the NUST Interdisciplinary Cluster for Higher Education, aka NICHE.

The newly launched facility, NICHE is situated in NUST H-12 Campus in Islamabad and it aims to provide researchers with a “cross-disciplinary blend of knowledge”.

According to a social media post by NUST, “NUST Interdisciplinary Cluster for Higher Education #NICHE is a state-of-the-art facility, as per international standards, with an aim to facilitate the creation of new knowledge by equipping the next generation of researchers with a cross-disciplinary blend of knowledge.”

We are proud to announce the launch of Pakistan’s 1st multidisciplinary lab – the NUST Interdisciplinary Cluster for Higher Education #NICHE – at H-12, Islamabad.#NUST #DefiningFutures #HigherEducation pic.twitter.com/R7HZosNIsr

Moreover, NUST Interdisciplinary Cluster for Higher Education is the primary facility of its variety in Pakistan and its foremost goal is to carry collectively researchers and laboratories from NUST’s eight constituent establishments, so as to enhance the multidisciplinary analysis being carried out on the college.

The facility currently features 22 laboratories from multiple disciplines working in cutting edge technologies. Multidisciplinary research has always been a pain point in the past, with no real framework for effective collaboration and so NICHE aims to remedy that issue.

Furthermore, beforehand, NUST launched the first ever Science and Technology Park in Pakistan that was inaugurated by Prime Minister Imran Khan in December 2019. The Islamabad campus of the college earlier this month shifted to self-generated solar power with a total installed capacity of 1 MW as part of its #GreenNUST campaign.

National University of Sciences & Technology (NUST) has been ranked at #76 among Asian universities, in the Quacquarelli Symonds (QS) Asia University Rankings 2021 announced on November 25, 2020. This is the second time in a row that NUST has stood as the only Pakistani university in the Top 100 Asian universities.