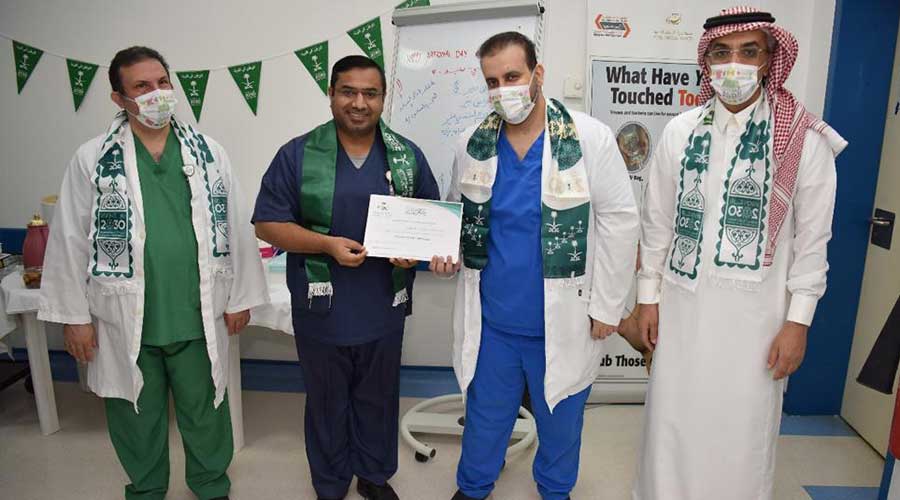 Pakistani doctor serving in Saudi Arabia has been presented a leadership award for his services as a team leader in the flight of the COVID-19.

Saudi Arabia presented leadership award to a Pakistani doctor Shahzad Ahmad Mumtaz, who played his role fully in the battle of ongoing pandemic. Mr. Shahzad, over the phone from Riyadh, told Arab News that the Kingdom’s health ministry, in recognition of his services as head of the Intensive Care Unit (ICU) at the King Salman Hospital, had given him a leadership award and appreciation certificate on 23rd September, the country’s national day.

He had been serving in the Kingdom for the last 18 years, he for his great efforts during the toughest time is being highly appreciated by both countries.

The Pakistani doctor said, “At the outset of the pandemic, the COVID-19 mortality rate was very high at the King Salman Hospital, Saudi Arabia. That is the reason why I was brought here as the ICU head to increase the hospital’s capacity to deal with the challenge,” further said that he had been successful in decreasing the death rate of the ICU by at least 10% in the last five months with the help of better team management and the use of modern technology.

“The mortality rate related to COVID-19 in international ICUs is around 30% since very critical patients are shifted to these units,” he said that he gave his full attention to eradicate this disease that he did not take a single leave and had been working continuously nearly 18-20 hours a day since he took the charge.

“We received a lot of appreciation from the Saudi health ministry,” he said, adding: “It helped in the surgical treatment of general patients which was stopped due to the influx of COVID-19 patients.”

However, more than 330,000 coronavirus cases have been registered till now in Saudi Arabia and almost 317,000 patients have recovered from the disease.