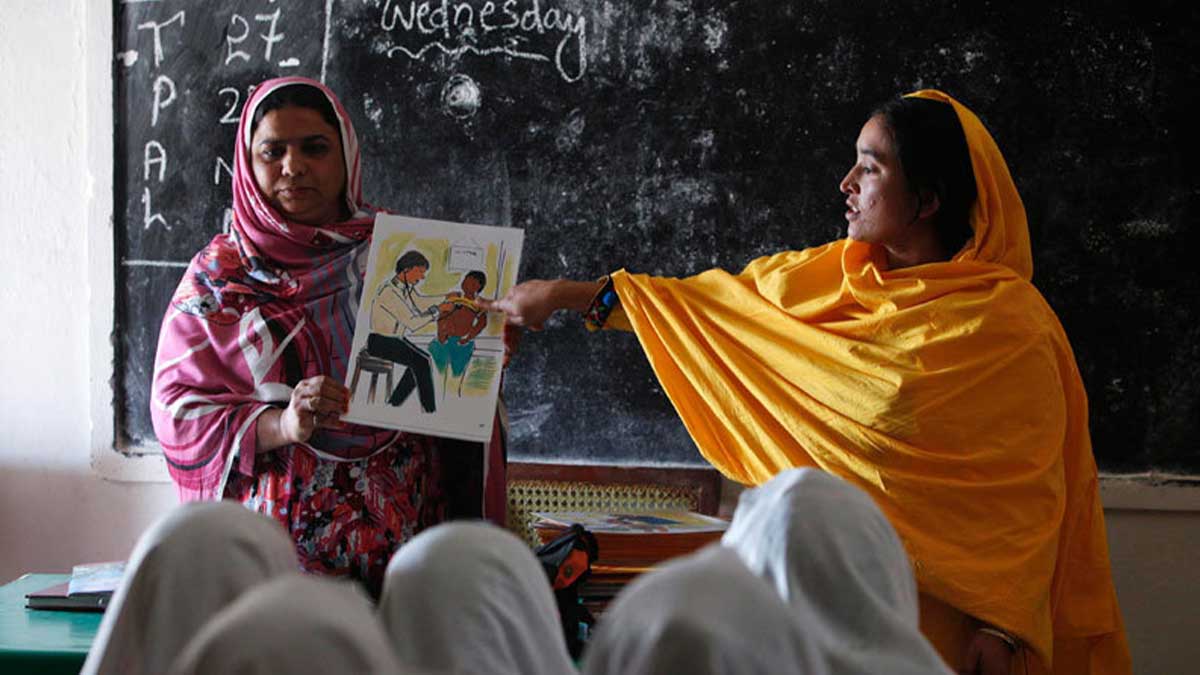 KP government is going to hire 1,300 teachers for public schools through parent-teacher council in order to meet their shortage immediately.

The elementary and secondary education department has taken the decision to hire teachers through parent-teacher council. According to officials, at the initial stage, 1,300 teachers would be hired for the state-run primary, middle and high schools across the province.

Officials of the education department further said, the practice of hiring teachers on one-year contract will continue till appointment of regular teachers in the government primary, middle and high schools.

They said that provincial government Rs 400 million has already approved for appointment of such teachers. Of the total allocation, Rs 200 million would be spent on hiring teachers for primary schools and Rs 200 million for middle and higher schools across the province.

Officials said that 725 teachers would be hired for primary schools across KP, 373 teachers for middle schools and 142 for high schools.

Moreover, during the planning stage of the scheme, education department had forwarded a request for hiring 1,500 teachers for primary schools, however, finance department approved appointment of 725 teachers only.

Likewise, the education department had requested for hiring 628 teachers for middle schools while it was allowed to hire only 373 teachers.

“Selection will be made on merit as per formula already applied for selection of teachers through education department at primary and secondary level,” said the director.