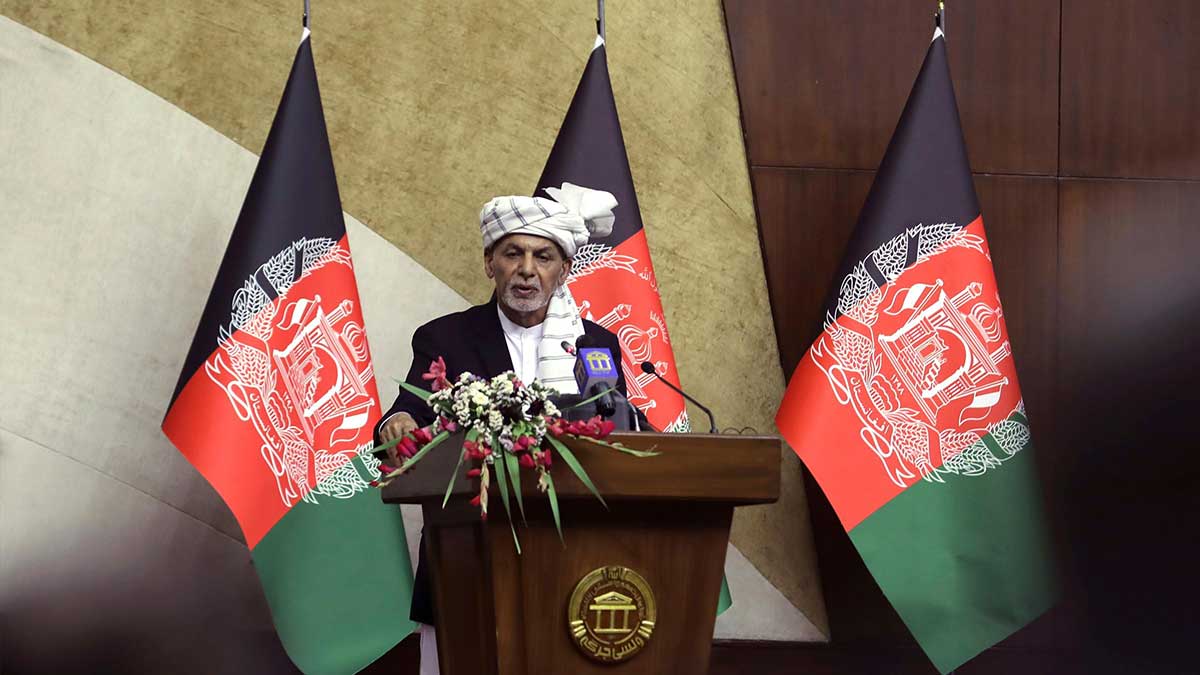 President Ashraf Ghani of Afghanistan was warned by the Taliban that his time had “run out” and that his “war pronouncements, allegations, and lies could not be prolonged.”

In a tweet, Taliban spokesman Zabihullah Mujahid made the statement. Ghani’s statement was likewise criticised by Mujahid as “nonsense” and an ”effort to control his emotions and terrible circumstances.”

“The nation has chosen to pursue and prosecute national traitors,” Mujahid said.

#Reaction
Speech by @ashrafghani is nonsense, an attempt to control his fears & dire situation.

Nation has decided to pursue & bring national traitors to justice.

Earlier, President Ghani blamed Afghanistan’s rapidly deteriorating security situation on the United States’ “sudden” decision to remove its troops, but said his government had a plan to get the situation under control within next six months.

In the last few days, the Taliban have advanced on three province capitals, after Washington’s announcement that forces would be completely withdrawn by September.

“The current scenario is the result of a hasty decision to withdraw international troops,” Ghani said in a speech to the Afghan parliament.

“In the last three months, we’ve had an unforeseen circumstance,” he explained.

However, he noted, the Afghan government had a security plan in place to bring the situation under control within six months, which the US backed.

Ghani stated that the Taliban would not move toward peace unless the deteriorating security situation was addressed.

The Afghan government and Taliban representatives began negotiations last year in the Doha, but after several rounds, no real progress has been made.

At a recent meeting in Doha between a high-level Afghan political delegation and the Taliban, the two sides agreed to speed up the discussions.

Ghani claimed that the Taliban had not severed relations with ‘terrorist organizations,’ and that attacks on women and civil society activists had increased.

He went on to say that it was past time for the Taliban and the Afghan government to accept each other and work toward a peaceful solution.