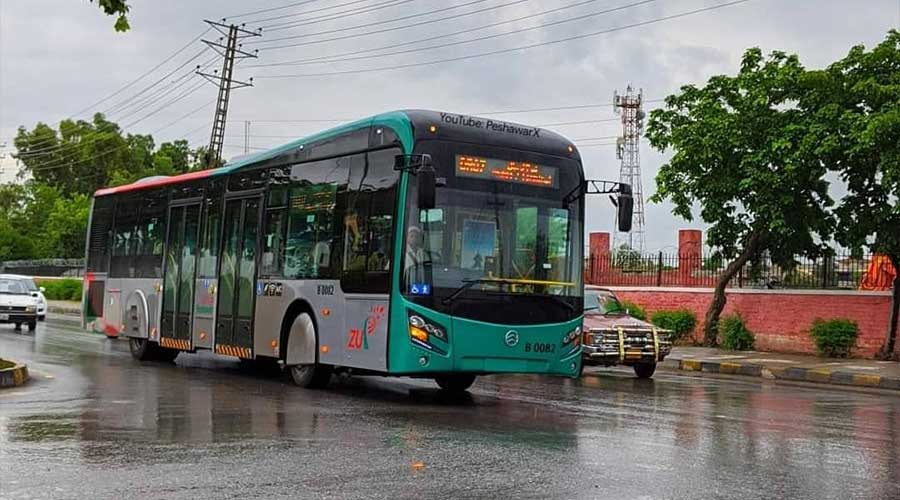 On Wednesday, the Khyber Pakhtunkhwa (KP) government suspended the Peshawar BRT service temporarily to conduct a technical review of the buses for safety purposes.

According to the spokesperson of TransPeshawar Muhammad Omair, “A fresh review of BRT’s buses will be held. The safety of the passengers is the institute’s topmost priority.”

He said that the company that manufactured them will conduct a detailed review of the buses. The investigation has also been carried out to determine why two buses of the project had caught fire earlier. The spokesman added, “A comprehensive investigation and inspection of all buses will be conducted. The BRT service will be restored after it is completely cleared [from defects] from all technical angles.”

He also said that decision to temporarily suspend Peshawar BRT service had been taken in the larger interest of Peshawar’s citizens.

A TransPeshawar bus traveling on the feeder routes of Hayatabad caught fire on Wednesday. This incident made it the third bus to have erupted into flames and so far a total of five buses have broken down. The rescue officials reported that all passengers inside the bus were taken out carefully from the vehicle and no one had faced any harm.

Moreover, the local media reported before yesterday’s incident that another Bus Rapid Transit bus caught fire near Gulbahar Station. Eyewitnesses said that the bus was ablaze as soon as it arrived at the station. All the passengers managed to escape from the bus immediately right after the bus got on fire and no passenger was harmed, rescue 1122 was called to the site and the fire was doused.

The Bus Rapid Transit project worth Rs 69 billion has been suspended and more cost is expected to be spent on it due to its technical faults.