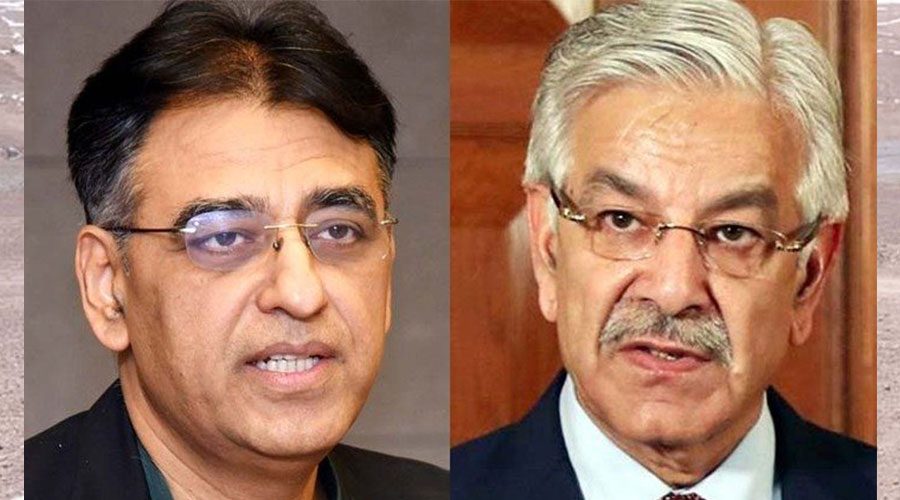 According to Asad Umar, the lockdown has failed around the world and so in Pakistan and Khawaja Asif said that mini-budget is in the offing with more taxes.

The discussion on the federal budget started in the National Assembly under the speakership of Asad Qaiser. Muslim League (N) demanded to include the names of Abdul Hafeez Shaikh, The Finance advisor, and Raza Baqar, the governor State bank in ECL to stop them from leaving the country. Khawaja Asif said that these two people are answerable to their own bosses for what they do here.

The total tax revenues could not exceed the tax collected during the PML (N) times. This is just a temporary budget, more taxes will be levied in the coming mini-budget. He reminded the house, the statement of Imran Khan that he would commit suicide instead of taking loans. He demanded to increase the salaries of government employees. The government should feel the griefs of doctors, nurses, paramedical staff, and security forces who have been sent to fight with the corona.

He further said that the coronavirus could have been controlled three months back but nothing proper was done in this regard.

The minister for planning, Asad Umar replied sarcastically to the allegations of Khawaja Asif that he has lost the trust in the authenticity of ECL as one can leave the country after showing the fake medical reports. He said that I am afraid that PML (N) would hardly win a seat in the next election.

Mr. Asad Umar said that despite the speeches against the Shaukat Khanum Hospital, people gave maximum contribution and the Prime Minister always hovers over the minds of the opposition. He claimed that the policy of complete lockdown remained unsuccessful in the world.