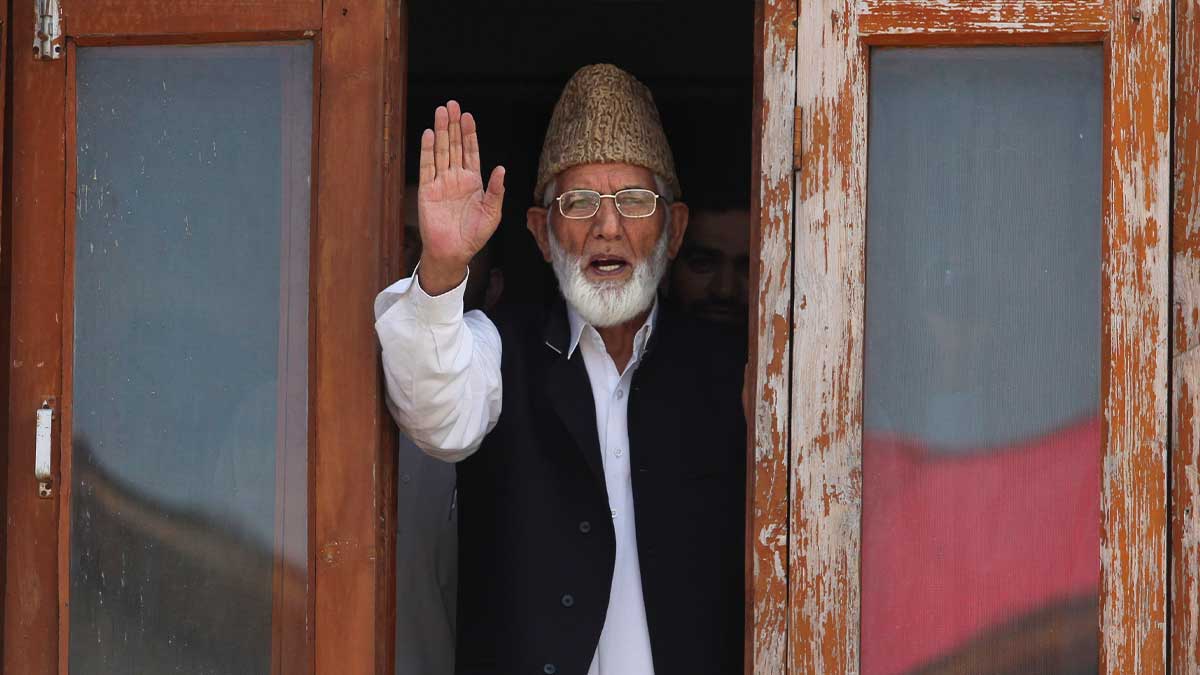 Indian authorities cracked down on public movement and imposed a near-total communications blackout in the occupied Kashmir on Thursday after the death of Syed Ali Geelani.

Hurriyat leader Syed Ali Geelani, an icon of the Kashmir Freedom Movement, was put to rest in the early hours of Thursday amid a tight military siege in Haiderpora, only metres from his home.

While the Hurriyat leader had expressed a desire to be buried at Srinagar’s Martyrs Graveyard, and his family urged on it, the occupation forces not only limited proper burial ceremonies but also tightened curfews as the area was closed off.

Only the grieving family members and a few close relatives were able to enter the funeral prayers and see the dead leader one final time, according to Kashmir Media Service.

To prevent a massive turnout for the funeral of a veteran resistance figure, the Indian army-imposed restrictions throughout the occupied valley.

Soon after word of Syed Ali Geelani’s death spread, mosques all around Srinagar issued calls for people to come out of their homes and pay their respects to the Hurriyat legend.

Indian authorities, on the other hand, used violence to keep people from leaving their homes. Indian officials have also apprehended other Hurriyat leaders and activists, including Mukhtar Ahmad Waza.

The funeral prayer of veteran Hurriyat leader Syed Ali Gilani was held in absentia at Cantt Railway Station Peshawar and at Muhammadi Masjid, Ayoub Goth area of Karachi. on Thursday.

A large number of people from all walks of life including Jamaat-e-Islam, MPA Inayatullah Khan participated in the funeral prayer in Peshawar.