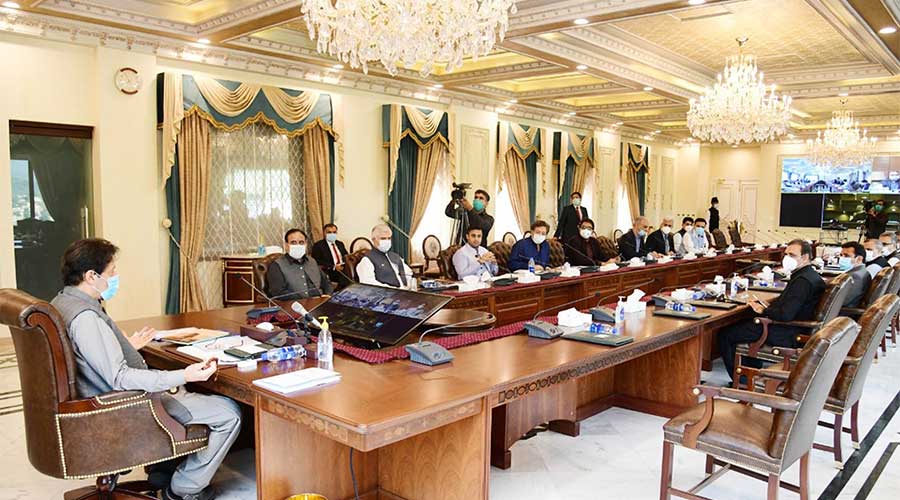 While directing to finalize the “Karachi transformation plan”, Prime Minister Imran Khan said, “We are not unaware of the problems of the people of Karachi and all the necessary action are being taken the resolve the issues”.

Prime Minister has deeply been in touch with all the stakeholders and in continued consulting for the last few days. He had a high-level meeting, attended by the Governor Sindh Imran Ismail, Chairman National Disaster Management Authority Lt-Gen Muhammad Afzal, Federal Ministers Asad Umar, Ali Zaidi, concerned secretaries, and senior officials.

In the meeting, the issue of solid waste management and transport were discussed for the implementation of the Karachi Transformation Plan.  Prime Minister was given a detailed briefing about the issues of the city such as water, sewerage, and cleaning of the dirty water channels.

The advisor to Prime Minister for Planning, Asad Umar talked about the permanent resolution of the problems of Karachi, “Karachi Transformation Plan” has been devised, keeping in view the needs of the center of economic activities of the country.

PM Imran asks for Karachi transformation plan in a week

Talking about the issues of Karachi, the PM further said that the future development of Pakistan is based upon Karachi. We are fully aware of the longstanding complications of Karachi and the difficulties being faced by the people of the city cannot be avoided.

He added, for the resolution of the problems of Karachi and its development the Federal Government would do its best. The prime Minster directed to finalize the Karachi Transformation Plan so that its final approval may be given and then action may be initiated.

The people of Karachi are facing the worst urban flooding of history and it is estimated that the loss will be of billions of Rupees. The home appliances and furniture of the people have totally been destroyed and the city had extended power outage. But it seems that at a higher level, no concrete efforts are being made other than doing the political point-scoring both at the federal and provincial levels.

The system of the local government has already completed its tenure. There has been a contact between the Prime Minister and the Chief Minister Sindh in connection with the current issues of Karachi and the visit of the Prime Minister is due to Karachi in a day or two. The Karachi Transformation Plan seems to be a serious effort that plans to fix the long-lasting issues of the city.