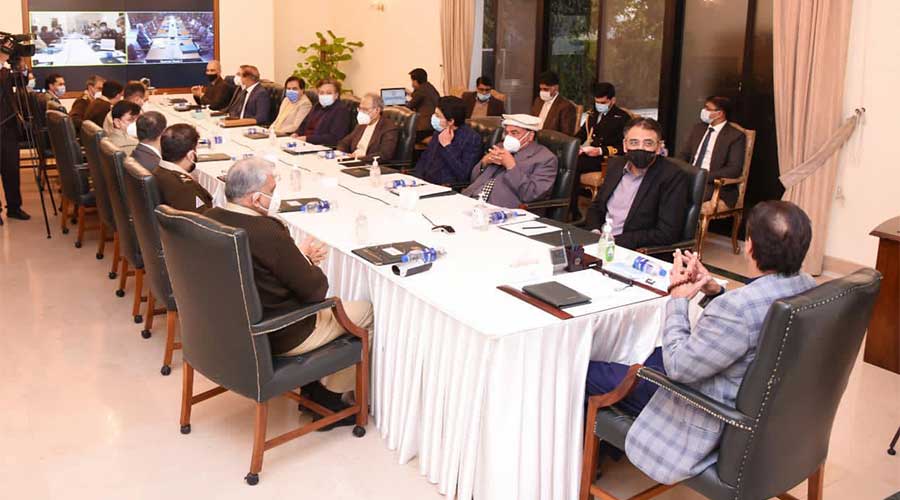 More than 100 projects had been planned under the Karachi Transformation Plan (KTP) on which over Rs 1.1 trillion would be spent.

A meeting chaired by Prime Minister Imran Khan was informed Thursday that more than 100 development projects had been planned under the Karachi Transformation Plan, to be completed in three phases at the cost of Rs 1.117 trillion.

Prime Minister Imran Khan directed the concerned authorities to not conduct any anti-encroachment operation in Karachi till the provision of alternative shelter to deserving dwellers.

He further directed the concerned authorities not to delay the provision of utility connections to new housing projects, especially electricity, as there was no power shortage in the country. Furthermore, he was informed in the meeting that 6,000 apartments were being constructed in Karachi under a project called Pakistan Quarters.

PM then emphasized the need for timely completion of development projects in Karachi and said that illegal construction and encroachments along storm drains/nullahs were the main causes of flood in the city during every monsoon season. “However, people in such settlements must be provided alternative shelter before carrying out anti-encroachment operations there.”

PM directed a technical committee to formulate recommendations for enhancing the capacity and utility of the K-4 project to supply water to the city.

Meanwhile, Zulfiqar Bukhari called on the prime minister and they discussed the plan to build 1,500 houses under the Workers Welfare Fund. The project will provide standard and affordable housing as well as all basic amenities and will be inaugurated in January next.