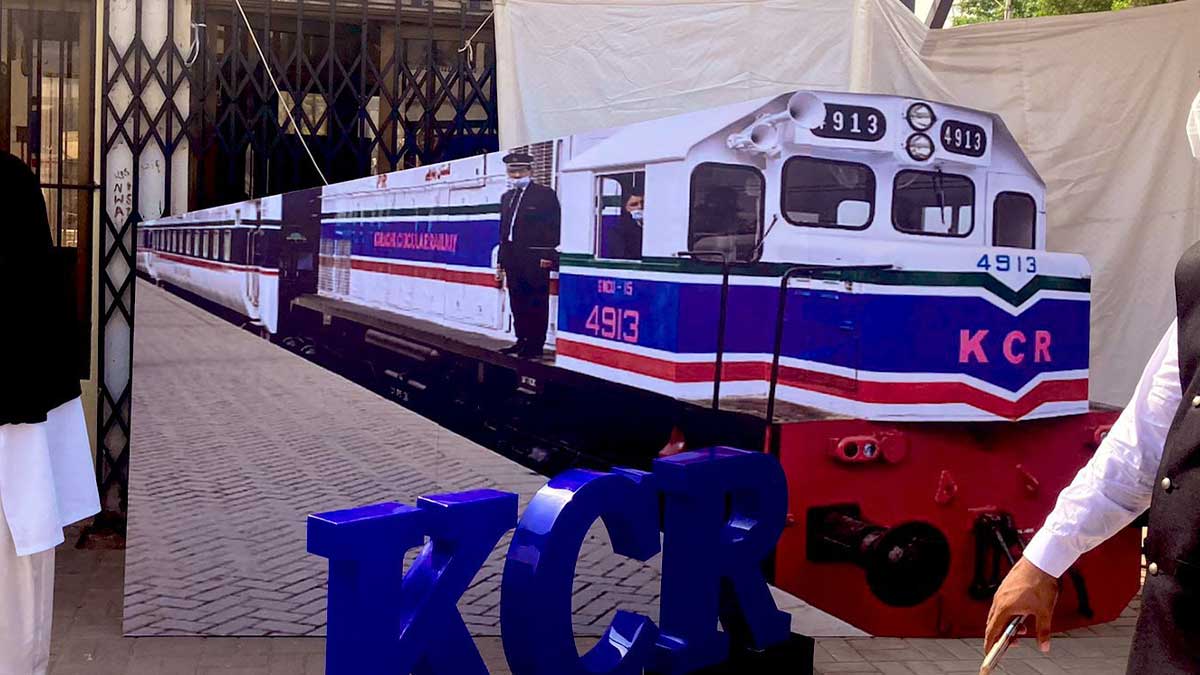 The Planning Minister was presiding over a preparatory meeting on the joint working group on transport infrastructure, during which he made the announcements.

The meeting was also joined by officials from NHA, Gwadar Port Authority, CPEC Authority, and senior officers from the Ministry of Planning and Railways.

“KCR is another important mass transit project which should be executed on the same model as Orange Line in Lahore,” Ahsan Iqbal said.

He also expressed his concerns due to the long postponement in the construction of the ML-1 project.

The development should have been initiated in 2018, but the delay has resulted in a substantial financial loss to the national exchequer, the minister added.

Moreover, Ahsan Iqbal also directed the concerned officials to evaluate the cost of the 250 km/hour track for the project’s future viability. He also issued orders to the Railway authorities to speed up the processing of the ML-1 project.

The former prime minister and PTI chairman Imran Khan performed the groundbreaking for the much-awaited Karachi Circular Railway project a year ago in September.

Earlier this year, the Public-Private Partnership Authority (P3A) gave the nod to the new KCR project. The new KCR is being constructed with an expected cost of Rs 220 billion based on a public-private partnership.

As per the details given by the department, KCR visualized the construction of a 43km-long world-class economic mass transit system by using eco-friendly electric trains.

Furthermore, the mega-project includes the construction of flyovers and underpasses along the Karachi Circular Railway route to remove 22-level crossings. Hence, the project will facilitate and expedite the free movement of the KCR train.