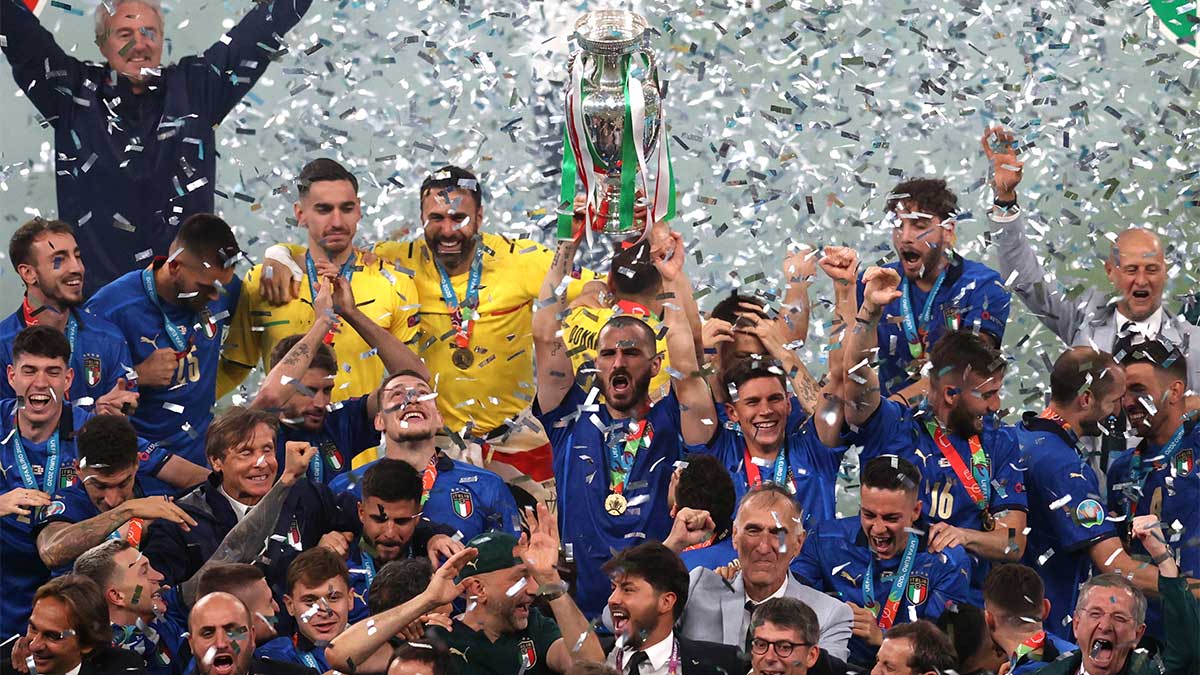 Italy won the European Championship for the first time since 1968 on Sunday at Wembley, with Gianluigi Donnarumma saving two penalties as the Azzurri won a shootout 3-2 after the game against England finished 1-1 after extra time.

After Marcus Rashford struck the post, the Italian giant saved Jadon Sancho and, more importantly, Bukayo Saka, as Federico Bernardeschi, Leonardo Bonucci, and Domenico Berardi all scored for the Italians in the shootout.

England had gotten off to a dream start when Luke Shaw scored after just two minutes, but Italy, who had provided almost little reaction in the first half, gradually gained control and rightfully levelled through Bonucci after 67 minutes.

It was the first penalty shootout final since Czechoslovakia defeated West Germany in 1976, and Italy was thrilled after failing the finals in 2000 and 2012.

It was another shootout horror show for England coach Gareth Southgate, who missed from the spot in the 1996 UEFA European Football Championship semi-final loss to Germany.

The two players he brought on late in extra time with penalties in mind, as well as 19-year-old Saka, who crumpled under the pressure of taking the final penalty kick.

When Pickford saved a penalty kick from Belotti, Kane and Harry Maguire gave England a 2-1 lead in the shootout. The England goalkeeper saved from Jorginho to keep the hosts in the game, but Donnarumma had the final say when he blocked Saka’s badly placed attempt.

Italy has now won five and lost six of their ten major event shootouts, including one win and one loss in the World Cup final, while England has now lost seven of their nine shootouts.

Italy had 66% possession and 19 shots to England’s six, and Donnarumma scarcely touched the ball until the shootout.

Fans have reacted with disappointment as England lost to Italy on penalties in the Euro 2020 final.

Around 60,000 fans at Wembley witnessed the Three Lions’ defeat, while millions watched in pubs, fan zones and homes across the country.

London’s Metropolitan Police said 49 arrests were made as of 02:00 BST, amid pre-match unrest at the stadium.