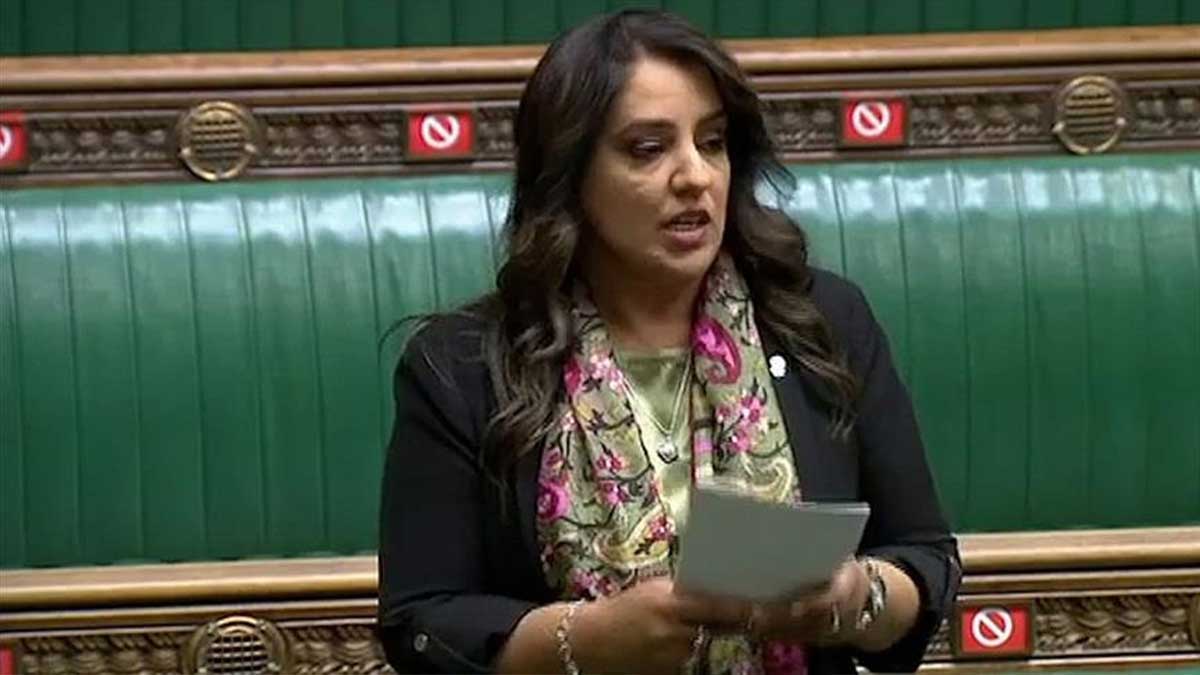 The Bradford Labour MP hailed the passing of the “Police, Crime and Sentencing Bill,” which recommends a maximum 10-year term for people who damage or harm historic statues.

Naz Shah, speaking in Parliament, said the UK government was hurrying through this bill because it recognises that statues represent our nation’s historical, cultural, and social sensibilities, and that protecting feelings associated with such sensitivity is necessary to maintain civil order. This is because, as the Justice Secretary stated in the Commons, the bill “ensures our courts have appropriate sentence powers to punish the emotional harm inflicted by this form of offending.”

The MP of Pakistani descent then requested that the parliament respect Muslims’ views, including how they worship their Prophet (PBUH) and the value they place on Him (PBUH). “We cannot pretend that a Western liberal democracy like Britain does not consider feelings in such instances while enacting a statute in parliament today emphasising the necessity of safeguarding sculptures based on commemorative feelings,” she said.

As a Muslim, there is no single object in the world that I and millions of Muslims across our country, as well as the quarter of the world’s population, honour and honour more than our dear Prophet Muhammad with each day and each breath.

“However, when bigots and racists insult, slander, or criticise our Prophet PBUH, as some do to Churchill, the emotional hurt done to our hearts is devastating. Because He is the leader we remember in our hearts, honour in our lives, and who is the foundation of our identity and fundamental existence for two billion Muslims.”

“He was by far the most outstanding person who ever set foot on this earth,” Naz Shah continued, quoting famed playwright George Bernard Shaw on the Prophet (PBUH).

“To those who say it’s just a cartoon, I’m not going to say it’s just a statue because I recognise the power of the British sentiment when it comes to our history, culture, and identity,” she continued. They aren’t just statues, and they aren’t simply cartoons. They are so much more to us as human beings in terms of what they represent, signify, and mean.”

While this law will now protect civil order and emotional harm when it comes to secular and political figures such as Oliver Cromwell and Winston Churchill, it does not necessarily apply to other figures that many people in modern Britain hold lose to their heart, such as Jesus, the Prophet Muhammad (PBUH), Moses, Raam, Buddha, Guru Nanak, and many others, according to the Labour MP.

She claims that defaming or vandalising sculptures of someone like Winston Churchill, who means so much to millions of Britons who hold his efforts during WWII so close to their hearts, endangers the nation’s unity.

“We cannot assume that a Western liberal democracy like Britain does not consider feelings in such instances while passing a statute through parliament today emphasising the significance of protecting sculptures based on ‘commemorative’ feelings,” Shah continued.