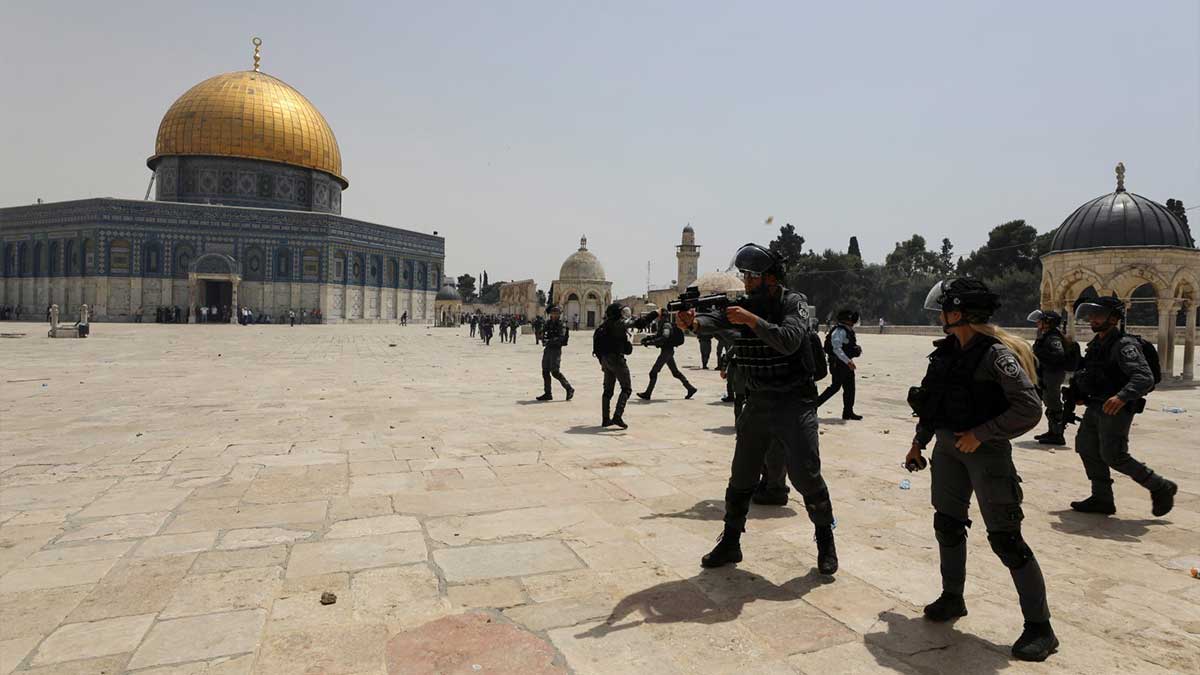 The pressure from world leaders and Egypt’s mediating a ceasefire agreement was reached between Israel and Hamas. However, reports emerged from Palestine that dozens of Israeli settlers on Monday again forced their way into the Al-Aqsa Mosque compound in occupied East Jerusalem after Israeli police stormed into the mosque on Friday.

In a statement, the Jordan-run Islamic Waqf Department, which oversees the holy sites in Jerusalem, said around 80 settlers entered the complex through the Al-Mugharbah Gate under the protection of Israeli police.

Israeli police allow over 120 Jewish visitors to the Holy site

Israeli police on Sunday escorted more than 120 Jewish visitors to a flashpoint holy site in Jerusalem. During the assault Israeli police shots rubber bullets along with tear gas to disperse the crown in an old fashion way.

Moreover on Friday, according to the international journalist who are covering the incident from occupied East Jerusalem, Palestinian’s were chanting and singing on truce news between two parties when a contingent of Israeli police which is positioned near Al-Aqsa compound came and started stun grenades, tear gas as well as smoke bombs to disperse the crowd from the location.

Causalities on both end

During the 11 days of bombardment between Israel and Hamas around 244 people got killed on both sides while leaving over thousands of injured.

According to the Gaza Health Ministry, around 232 Palestinians was killed which includes 65 children’s due to the Israeli strike on Gaza. Apart from that 1,900 wounded people was rushed towards hospital for early treatment.

As per the early reports from Hamas authorities around 120,000 people lose their houses due to bombardment and have been displaced.

Meanwhile, while retaliation Hamas also launched more than 2,000 rockets towards Israel which was mainly intercepted by Israeli defence technology Iron Dome. However, Israel also faced lose as 12 Israeli including 2 children have died during Hamas attack.