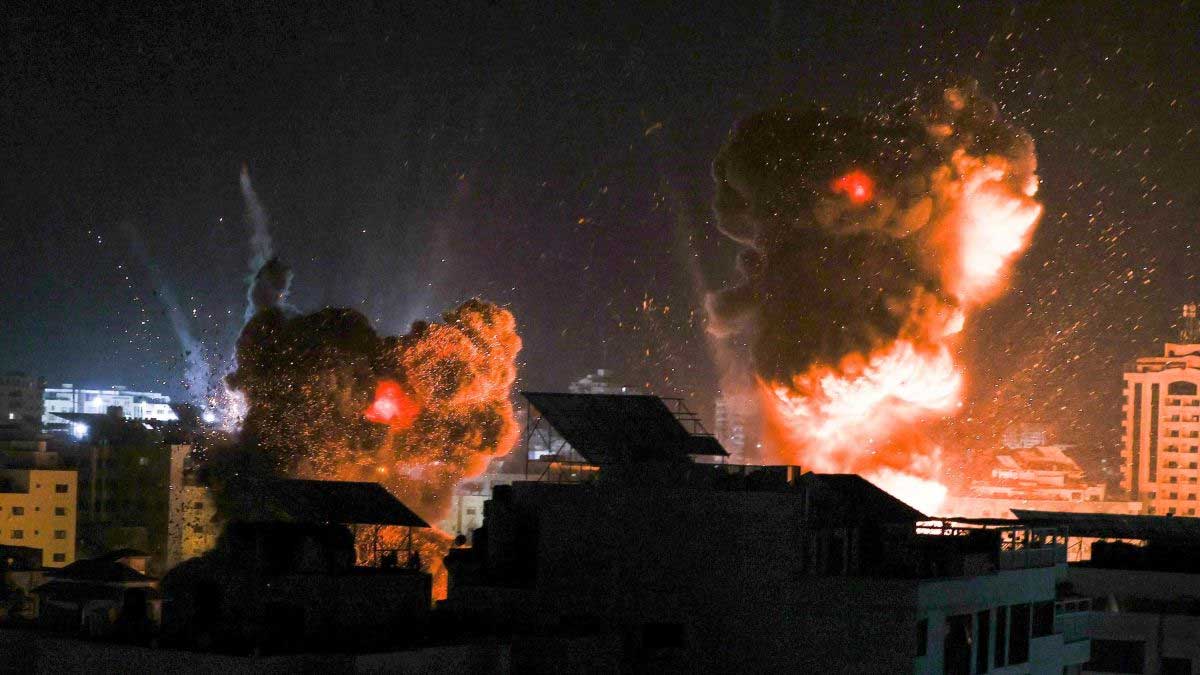 Early Sunday, Israel’s military stated it conducted strikes against “militant targets” in Gaza, a day after rockets were fired from the Hamas-ruled region.

The strikes, according to the Israeli military, were aimed at a Hamas missile assembly plant and a military base. It also blamed Hamas for any violence that occurred in Hamas-controlled territories.

The airstrikes are in retaliation for two rockets fired from Gaza that landed in the Mediterranean Sea off the coast of central Israel on Saturday.

It was unclear whether the rockets were aimed at Israel, although militant organizations based in Gaza frequently test-fire missiles toward the Mediterranean. There were no injuries reported as a result of Saturday’s rocket launches.

Since a cease-fire concluded an 11-day war between Israel and Hamas in May, there has been no cross-border rocket fire except for one occasion in September.

Other groups, such as the smaller but more hardline Islamic Jihad, have threatened military aggression until Israel ends the administrative detention of a Palestinian prisoner who has been on a hunger strike for over 140 days.

Hisham Abu Hawash, a 40-year-old member of the militant Islamic Jihad movement, began boycotting food in August to protest Israel’s detention of him without accusation or trial.

Hisham Abu Hawash was being kept under administrative detention, a process in which individuals remain detained for six months on a renewable basis without being allowed to see the charges or evidence against them.

Medical teams who visited Abu Hawash found him “in serious condition requiring expert clinical monitoring,” according to the International Committee of the Red Cross.