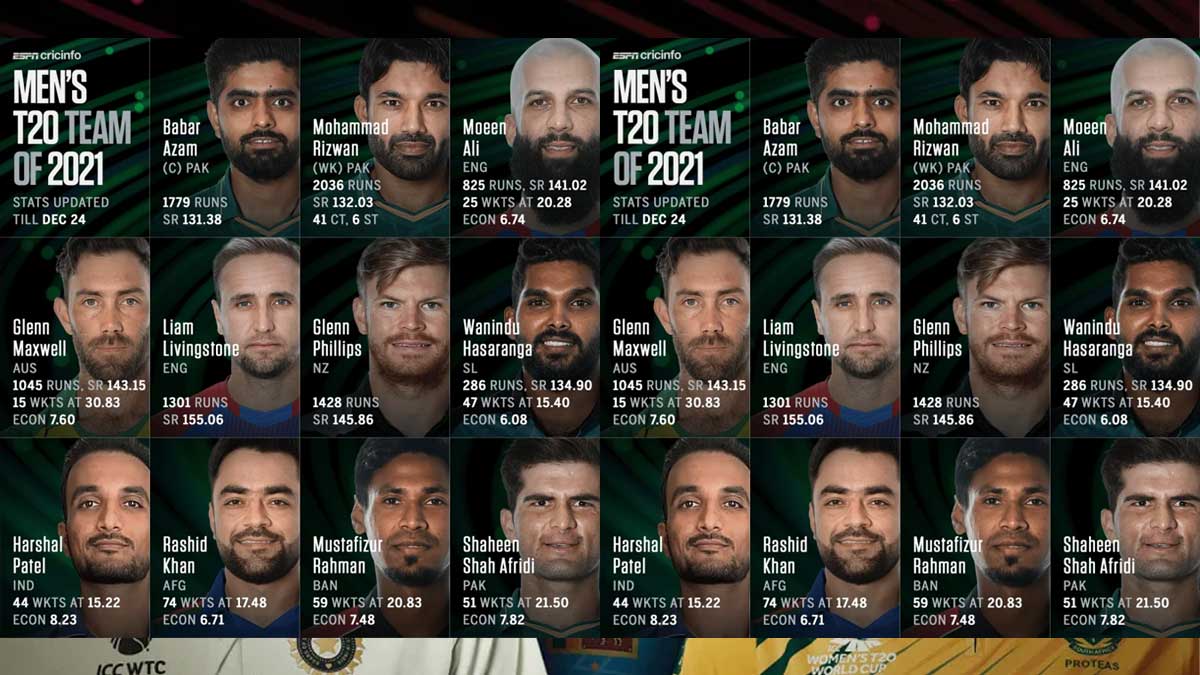 Pakistani captain Babar Azam and speed sensation Shaheen Shah Afridi have been nominated to ESPNcricinfo’s Test, ODI, and T20 teams of the year, and it’s no surprise that they’ve made the cut.

Australia’s Marnus Labuschagne, the new leader in the ICC Test rankings, and England’s Joe Root, who was dethroned, are third and fourth, respectively.

The next player is Fawad Alam, one of three Pakistanis on the team. Alam has continued his “good run,” as the publication put it, with three hundreds after his long deserved Test recall.

Read more: Babar and Rizwan partnership records are now miles ahead of everyone else

Rishabh Pant’s “heroics in Australia” and during India’s home series against England “earned him a spot behind the wickets.”

R Ashwin, an Indian spinner, “couldn’t get a game for India in England but nevertheless finishes the year as the leading wicket-taker.”

Hasan Ali and Shaheen Shah Afridi of Pakistan, as well as England’s Robinson and New Zealand’s Jamieson, were picked as the speed quartet for the side.

Ireland’s Paul Stirling is placed first for the ODI team. After starting the year with three hundreds in five innings in Abu Dhabi, he was the highest ODI run scorer in 2021.

Pakistan’s Fakhar Zaman is next in line, followed by Babar Azam, who has been awarded the honour of leading the team.

Rassie van der Dussen of South Africa has been picked as the number four player.

Shakib Al Hasan and Mushfiqur Rahim, both from Bangladesh, complete the middle order.

Wanindu Hasaranga and Dushmantha Chameera, both from Sri Lanka, are also included in the ESPN 2021 team. Simi Singh, an offspinner from Ireland who bowls at 3.67 runs per over, has also been named to the ODI squad.

Mustafizur Rahman of Bangladesh, who has been in good form at home, and Josh Little of Ireland completes the attack.

Babar and Mohammad Rizwan, Pakistan’s “record-breaking opening tandem,” were named skipper and wicketkeeper for the T20 team by ESPN as the “obvious selections.”

Glenn Maxwell of Australia makes the cut for fourth place after a strong performance against spinners in the IPL.

Liam Livingstone of England and Glenn Phillips of New Zealand both received a lot of votes after finishing the year as the best T20 six-hitters.

Wanindu Hasaranga of Sri Lanka was named the seventh player after taking the most wickets in the World Cup.

In addition, Rashid Khan, who was the year’s highest wicket-taker by a huge margin, is named as the second spinner.