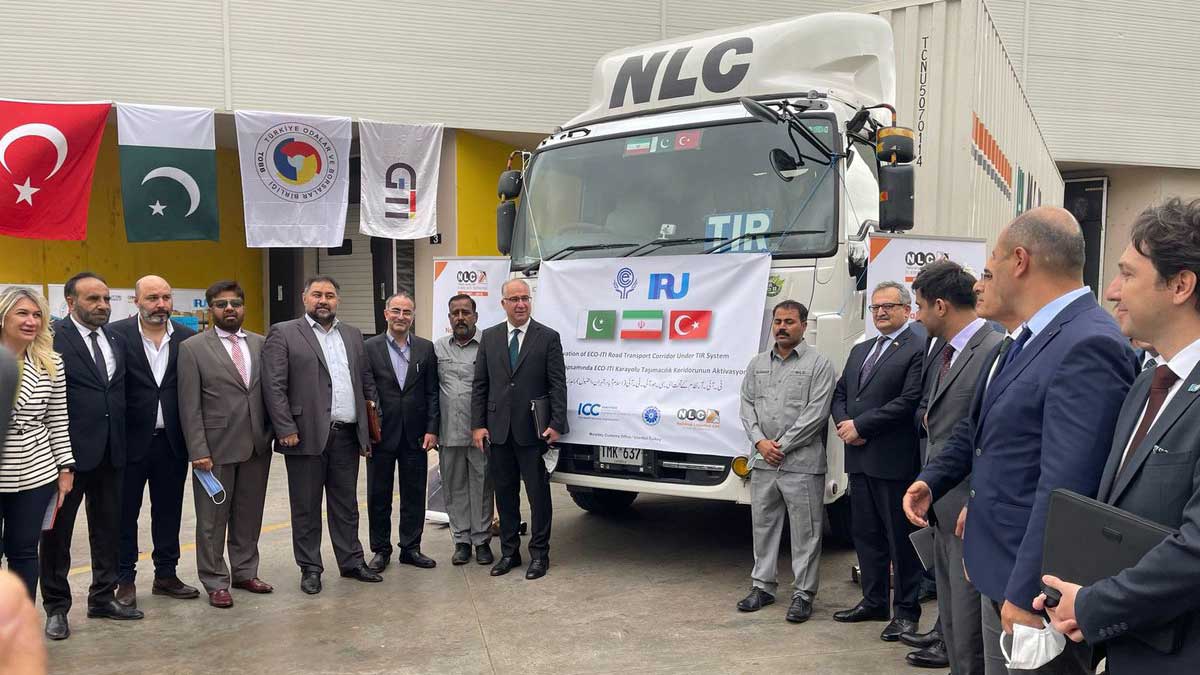 A welcoming ceremony was held on October 8 by the Turkish Trade Ministry in Istanbul after the Islamabad-Tehran-Istanbul Road Transport Corridor Project successfully carried commercial cargo on Pakistani trucks to Turkey.

The trucks departed September 27 from Karachi and reached the Turkish metropolitan city of Istanbul on Thursday, covering 5,300 kilometers (3,293 miles).

The Istanbul–Tehran–Islamabad railway or (ITI Train) is an international freight train service between the Pakistani capital Islamabad and Istanbul via Iran’s capital city Tehran.

“I would only like to say there is a saying in almost every language, in our language, Urdu, also, that drops, when they are taken together become a river,” Pakistan’s ambassador was quoted as saying.

He added that the route would form a “river of commerce” between the three nations.

“It is an extremely important corridor for the development of our road trade with the Middle East and regional countries,” Asli Calik, head of department, transport and logistical systems at TOBB.

The decision to establish the road transport corridor was made at the 8th Meeting of ECO Ministers of Transport and Communications in Ashgabat, Turkmenistan, in 2011.