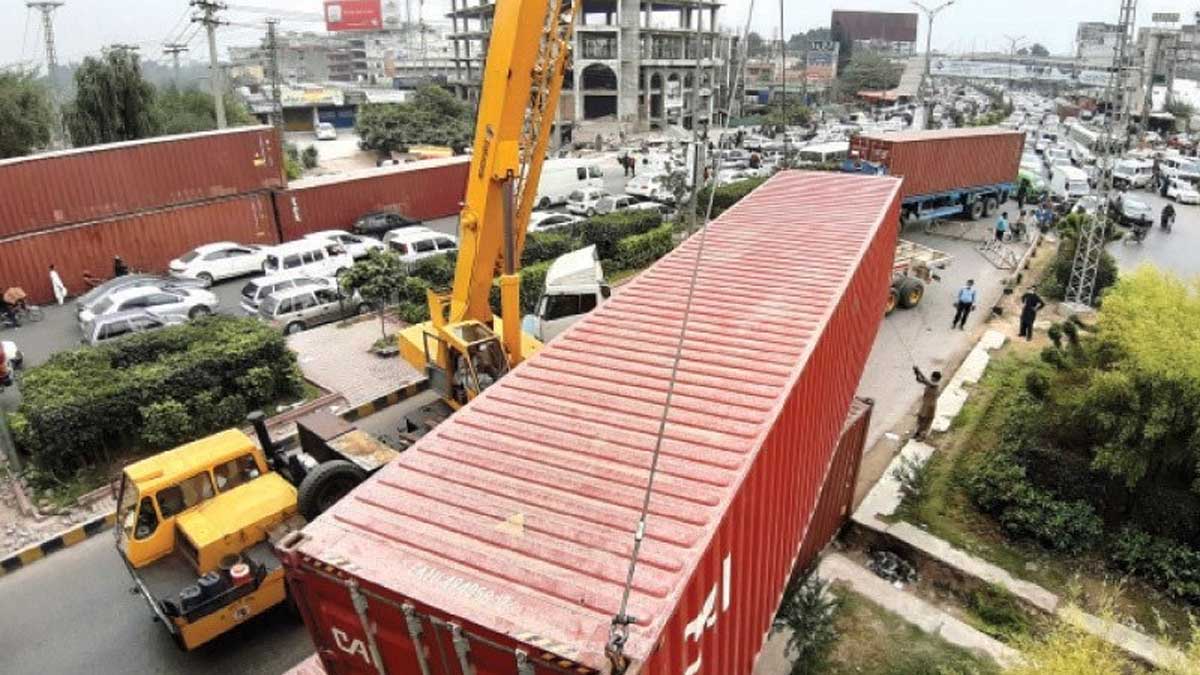 Banned political party Tehreek-e-Labbaik (TLP) are on the move towards the federal capital and as part of preemptive measures against the expected long march the district administrations of twin cities have sealed all the major roads connecting Rawalpindi and Islamabad.

The authorities sealed both sides of Murree Road with shipping containers from Faizabad Interchange to Mareer Chowk to stop the activists of the banned outfit from marching towards Islamabad. The road between Faizabad and Chandni Chowk has also been sealed.

Read more: All demands of TLP, except shutting down French embassy, accepted

Separate rallies by opposition parties and a banned TLP group have taken place across the country, with Islamabad, Lahore, and Rawalpindi being largely shut down as a result.

The banned organization held protests demanding the release of its leader Saad Rizvi, Chief Minister of Punjab Sardar Usman Buzdar stated a day earlier that the provincial administration had agreed to form a committee to engage with the proscribed organization.

CM Buzdar had announced the government’s decision to hold discussions with the banned organization on Twitter.

“To negotiate with the outlawed organization, we have constituted a committee comprising of prominent members of the Punjab Cabinet, Raja Basharat and Chaudhry Zaheeruddin.” Buzdar tweeted.

“We all need to work together for peace and harmony in the country,” he stated, citing the Sunnah of the Holy Prophet (PUBH).