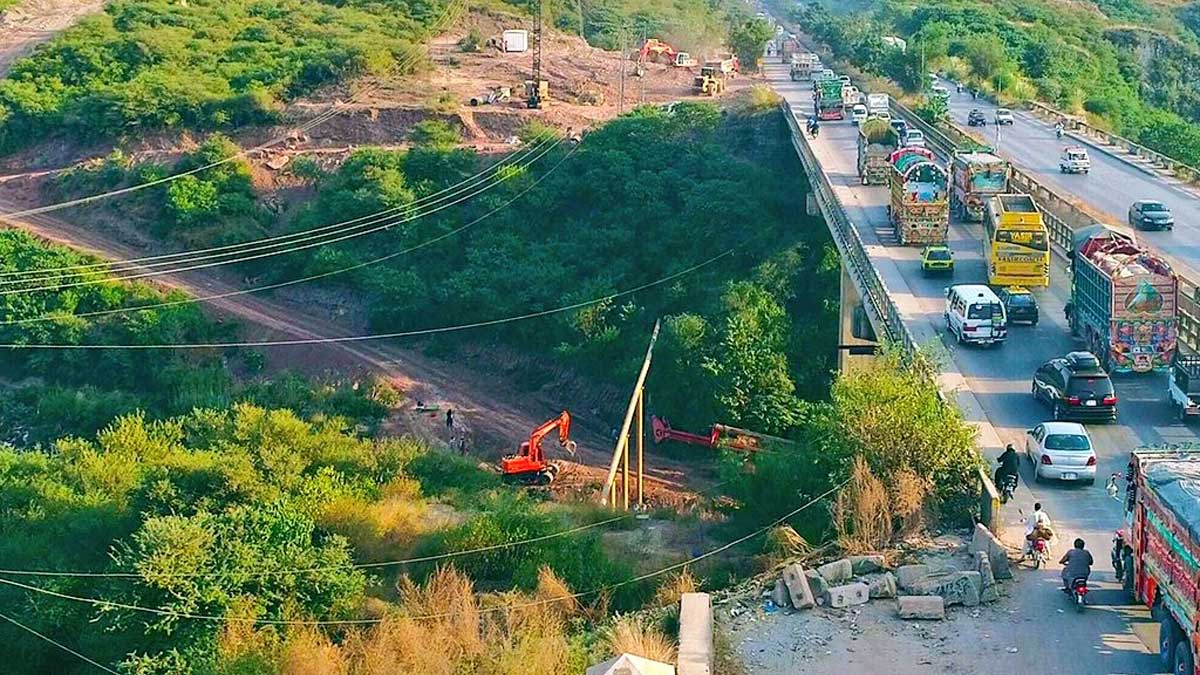 The Capital Development Authority (CDA) board meeting has approved the completion of work on the expansion and restoration of the Islamabad Expressway from the Koral to the Rawat section.

The meeting approved the project execution under the government arrangement and the work will be executed by government organizations like FWO.

The forum said that individual interventions will not be productive unless the full-fledged project is started and accomplished in one go. Now that year-end is arriving and the CDA budget has already posted a surplus, the CDA chairman approved this long-awaited project which is much-needed for the people of Islamabad. The project also contains a bus route for Blue Line. The forum agreed on two separate summaries for transport solutions in the federal capital.

Moreover, the authority is giving a complete solution from Koral to PIMS under the Blue Line, while Bhara Kahu to PIMS under Green Line. Then, the entire bus route will be connected and a person who moves from Bhara Kahu can either go for the last route to Rawalpindi or the airport.

Through this initiative, Islamabad will become the first city in Pakistan to provide various connectivities connecting all four corners of the city. It is expected that this project will not only help address the traffic and environmental issues but also familiarize the people with a new trend of traveling.

The meeting also examined various aspects like the termination route of section 4 and the Shah Allah Ditta bypass. It was announced that the Orange Line Metro Station is being built on the government to government basis. Nelore heights with 2000 apartments, being constructed by FWO, will be provided to the general public.

Consequently, it will produce revenue and contribute to the housing necessities of the city. CDA meeting also decided that CDA will develop some plots in the area on its own.