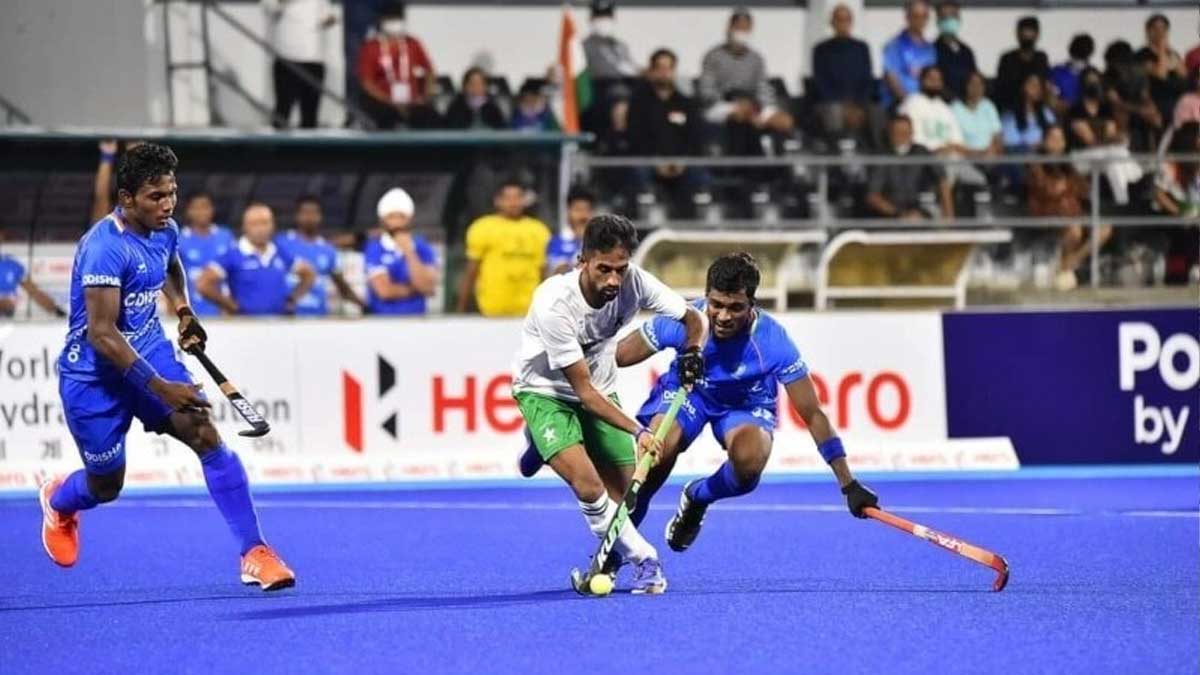 The Asia Cup 2022 hockey match in Jakarta finished in a 1-1 tie between arch-rivals Pakistan and India after Pakistan pulled off a last minute goal.

In their first encounter of the 2022 Hockey Asia Cup, Pakistan managed an unlikely draw against India. The match concluded 1-1 in Jakarta as the Men in Green scored a last-gasp equalizer.

In the first quarter, India took the lead when newcomer Karti Selvam scored his maiden goal for the squad.

They led until the final minute of the fourth quarter, when Pakistan’s Abdul Rana equalized, and both sides split the points in their first encounter.

From the beginning, both teams played attacking. However, Pakistan conceded an early goal, but fought back well in the first two quarters. The Men in Green had several opportunities but were unable to capitalize on them.

India took a 1-0 lead in the first quarter on a penalty corner and held on to it.

Pakistan equalized 69 seconds before the end of the third quarter, thanks to Rana Waheed’s short corner conversion.

Meanwhile, goalkeeper Akmal Hussain of Pakistan was named player of the match.

Pakistan will play Indonesia in their second group encounter on Tuesday and Japan in their third pool match on Thursday.

Pakistan must advance to the next round in order to qualify for the World Cup next year. The top three teams that have not yet qualified for next year’s Hockey World Cup will do so.

The current Asia Cup Hockey rankings are as follows: