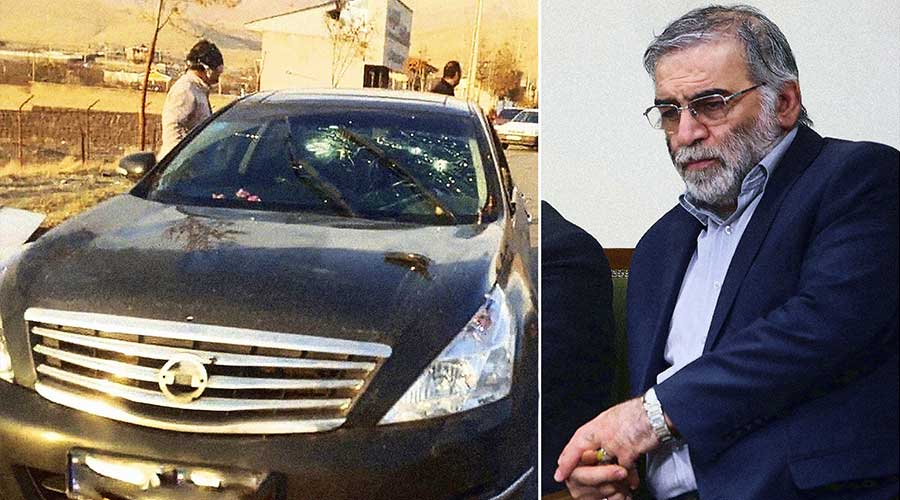 The Iranian President Hassan Rouhani accused Israel for the killing of a prominent Iranian scientist, Mohsen Fakhrizadeh, who was believed to be the mastermind of the secret nuclear bomb programme by the West, and vowed to avenge his death.

Iran’s clerical and military leaders have threatened revenge for the killing of Iranian top scientist Mohsen Fakhrizadeh, which was pronounced dead by Iran in hospital after assassins gunned him down in his car near Tehran.

“Once again, the evil hands of global arrogance were stained with the blood of the mercenary usurper Zionist regime,” a term for Israel, President Hassan Rouhani said in a statement, according to state TV.

“The assassination of martyr Fakhrizadeh shows our enemies’ despair and the depth of their hatred […] His martyrdom will not slow down our achievements.”

Iranian nuclear programme scientist Mohsen Fakhrizadeh had long been wanted by the Western, Israel and the enemies of the Islamic Republic who was considered the master architect of what they said was a hidden atomic programme. However, Iran denied all the statements regarding seeking to weaponize nuclear energy.

He was believed to have headed what the United Nations nuclear watchdog and United States intelligence services believe was a synchronized nuclear weapons programme in Iran, which was cancelled by Iran in 2003 as per Iran’s government.

Mohsen Fakhrizaded was the only Iranian scientist to be named in the International Atomic Energy Agency’s 2015 ‘final assessment’ of open questions regarding the Islamic Republic of Iran’s atomic programme and whether it was meant to develop a nuclear bomb.

According to the International Atomic Energy Agency’s report, he supervised activities “in support of a possible military dimension to (Iran’s) nuclear programme” within the so-called AMAD Plan.

The death of the prominent nuclear scientist could aggravate conflict among Iran and its rivals in the last moment of transition of Trump going out and Biden coming in.