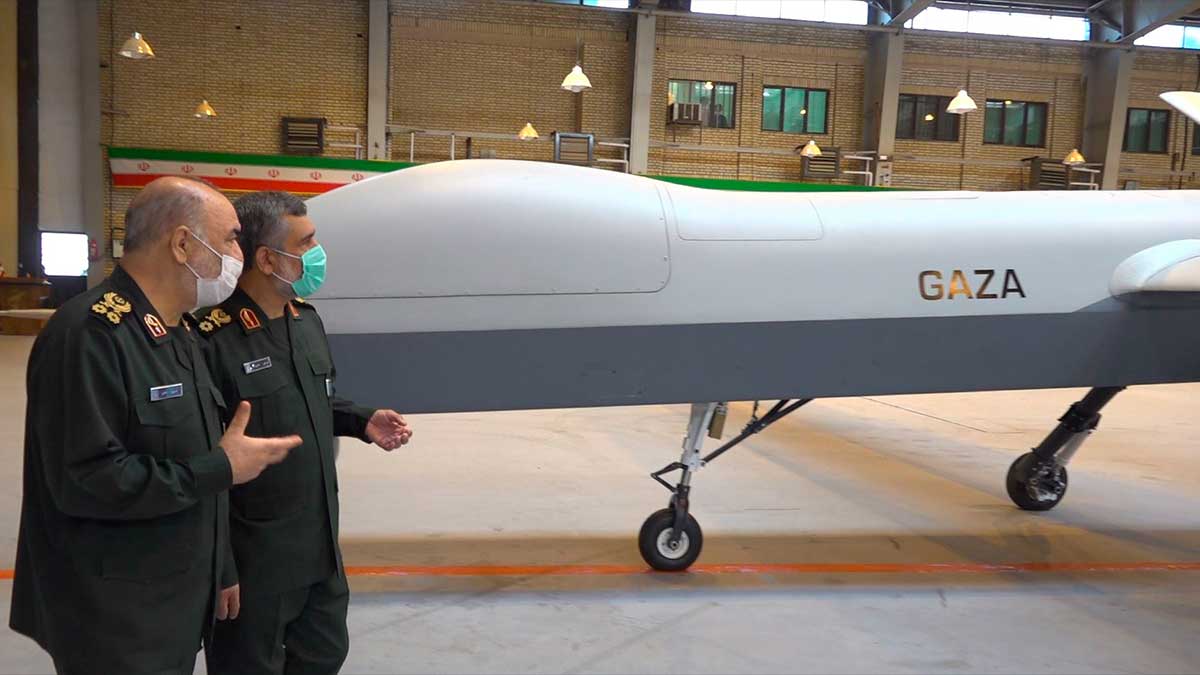 Iran on Friday unveiled a new long-range combat drone dubbed “Gaza” in a tribute to Palestinians, hours after a ceasefire between Israel and Hamas took effect.

Iran’s Revolutionary Guards exhibited a home-built military drone with a range of 2,000 kilometres (1,250 miles) on Friday, dubbing it “Gaza” in honour of the Palestinians’ resistance against Israel, according to state television.

Iran has a large missile and drone programme, which it sees as a vital deterrent and retaliatory power against the US and other rivals in the event of war.

Iran’s missiles are seen by the West as a conventional military threat to regional security as well as a potential delivery system for nuclear bombs if Tehran develops them. However, Iran denies attempting to develop nuclear weapons.

According to the state news agency IRNA, the Revolutionary Guards said the new drone could fly for 35 hours and carry 13 explosives and 500 kilogrammes (1,100 lbs) of electrical equipment.

Major General Hossein Salami, the leader of the Revolutionary Guards, said the new drone is called “Gaza” in honour of “people in that land who stand today against the occupation and aggression of the Zionists (Israel),” according to the Guards’ website.

‘Iran’s Strategy Is to Develop as Big Defense as Possible’

Salami also unveiled a new radar system named “Quds” (Jerusalem) that can “detect stealth aircraft in a 500-kilometre (310-mile) radius and be quickly set up and moved.”

Despite the fact that leaders of Palestinian militant groups in Gaza, such as Hamas and Islamic Jihad, have regularly hailed Iran for its financial and military assistance, Tehran has rarely confirmed its arms delivery.

After the deadliest bloodshed in years that claimed hundreds of lives, Israel and Hamas reached an agreement on Friday.