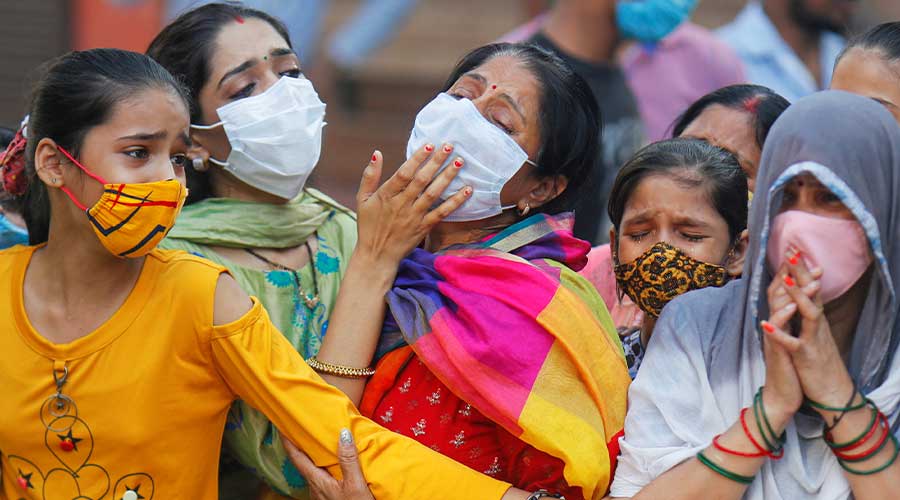 In the world’s most populous country, India, the Covid-19 deaths have topped 100,000 after 7 months since the first case was diagnosed in January.

The coronavirus death toll has crossed 100,000 in India as the country battles with the initial wave of virus failing to flatten the curve. India has the highest number of cases in Asia that makes it the most affected region of the continent which is facing a terrible situation currently.

India has become the third country in the world to surge past the grim milestone while the US has the highest death toll with 213,698, and Brazil with 145,431 deaths that have been reported till now that makes it the second most affected country worldwide.

Moreover, 6.5 million infection cases have been reported from India and is now on its way to surpass the total cases in the US in the coming weeks as the country with the most infections. India has a 1.3 billion population that is four times larger than that of the United States that can easily compete with the US in the surge of Covid-19 cases and deaths.

Virologist T. Jacob John told AFP, “We do not know the reliability of death rates in India,” He added, “India does not have a public health surveillance system documenting real-time disease events and deaths.”

Although, India is carrying at least 1 million tests on a daily basis and still it is very low following its highest population, while other countries with a low population than India have carried out a higher number of tests.

According to a report published in the Hindustan Times, since the first week of September, daily deaths in India have been outstripping those in any country in the world.

“On average, 1,065 people have died every day over the past week in the country, against 755 average daily deaths in the US and 713 in Brazil in the same period,” read the publication.