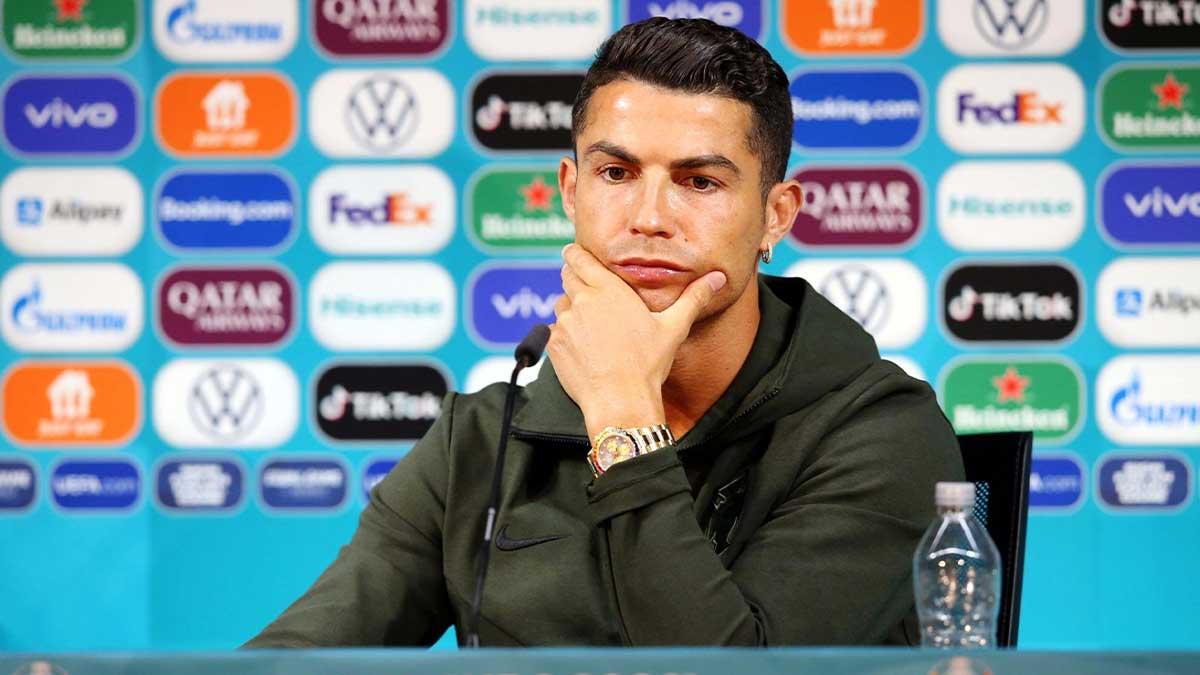 Adhesive brand Fevicol used the Ronaldo-Coca Cola controversy as an opportunity to create a hilarious ad that is being applauded on social media.

Today’s world market is heavily reliant on influencers/celebrities, as we saw when Snapchat’s parent company lost $1.3 billion in market value after reality star Kylie Jenner posted that she was no longer using the messaging service in 2018. Coca-Cola turn comes in 2021 when Cristiano Ronaldo, a Portuguese footballer, does not appear to be a fan of carbonated soft drinks during a Euro 2020 news conference, as he removed two bottles of Coca-Cola from the table in front of him.

As he sat down to speak to the media before of their Group F match against Hungary, the 36-year-old pushed the Coca Cola bottles aside. According to a report in The Daily Star, Coca-Cola stock prices dropped 1.6 percent, dropping from USD 242 billion to USD 238 billion, a loss of USD 4 billion.

Ever since, memes and mocking have filled the Internet. While some poked fun at the drink company, others retaliated by releasing an old video of Ronaldo praising the product. While the episode perplexed market analysts and anybody who observed it in real time, Fevicol emerged as the ultimate winner in this unusual saga with a humorous ad.

Fevicol, a manufacturer of adhesives, says in its advertisement, “Na bottle hategi, na valuation ghategi (Neither the bottles will move, nor the valuation will drop).”

This isn’t the first time Fevicol has wowed audiences with its advertising campaign. Fevicol has a reputation for producing thought-provoking advertisements, many of which are considered gold standards in the marketing world. “Dum laga ke haisha” “Yeh Fevicol ka mazboot jod hai…toothega nahi” are some of the memorable taglines that helped the brand become well-known in the past.