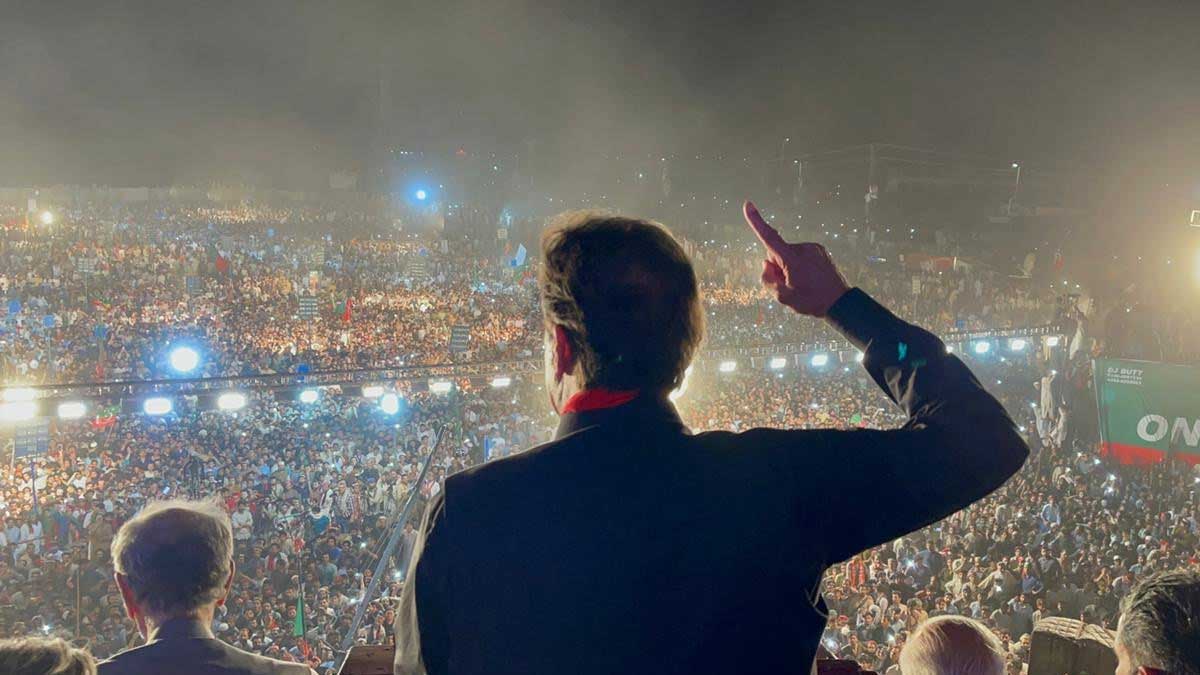 Former Prime Minister and PTI Chairman Imran Khan has questioned the courts why the doors of the courts were opened late at night before his ouster from office.

On April 9, the Supreme Court was all set to listen to the appeal past its reported timing about the deadline set by the high court for the voting on the no-confidence campaign in the National Assembly as ex- NA speaker Asad Qaiser did not conduct voting on the move till nearly midnight, and the Islamabad High Court was also opened to hear another plea.

While, unexpectedly, the speaker Asad Qaiser resigned and gave charge of the session to MNA Ayaz Sadiq, who carried out the voting on the no-confidence motion, and consequently, Imran Khan became the first prime minister to be removed from the democratic process.

But Peshawar rally was carried out on Wednesday during which Khan interrogated the opening of courts and told the esteemed judges that he had been imprisoned, during the lawyer’s movement for an independent judiciary.

“The courts were opened at night. Why? Did I break any laws?” he interrogated as he said that since joining politics, he has never encouraged people against establishments.

“I will live and die for Pakistan.”

Moreover, the PTI chairman also warned the opposition that he was not that dangerous when he was part of the government, but at this time that he has been exiled, he will become “more dangerous” for them.

“We will not accept an imported government and people have shown what they want by holding demonstrations against the move,” Khan said.

Imran Khan continued that Prime Minister Shehbaz Sharif and his son Hamza Shehbaz were released on bail, whereas PML-N superman Nawaz Sharif is a deserter, whose daughter, PML-N Vice President Maryam Nawaz was also released from jail on bail.

“America has insulted Pakistan by imposing these bandits on us; Shehbaz Sharif is facing corruption charges of Rs40 billion,” Khan continued. “Zulfiqar Ali Bhutto was sacked through a conspiracy by the USA, but this is not Pakistan of 1970. This is the new Pakistan.”

Furthermore, Khan recurrently accused the US of supporting the no-confidence motion that caused his ouster early Sunday.

During the rally, ex-PM refused to accept the newly elected premier, saying “there can’t be any bigger insult to this country” — however, Joe Biden’s administration disproved any role.