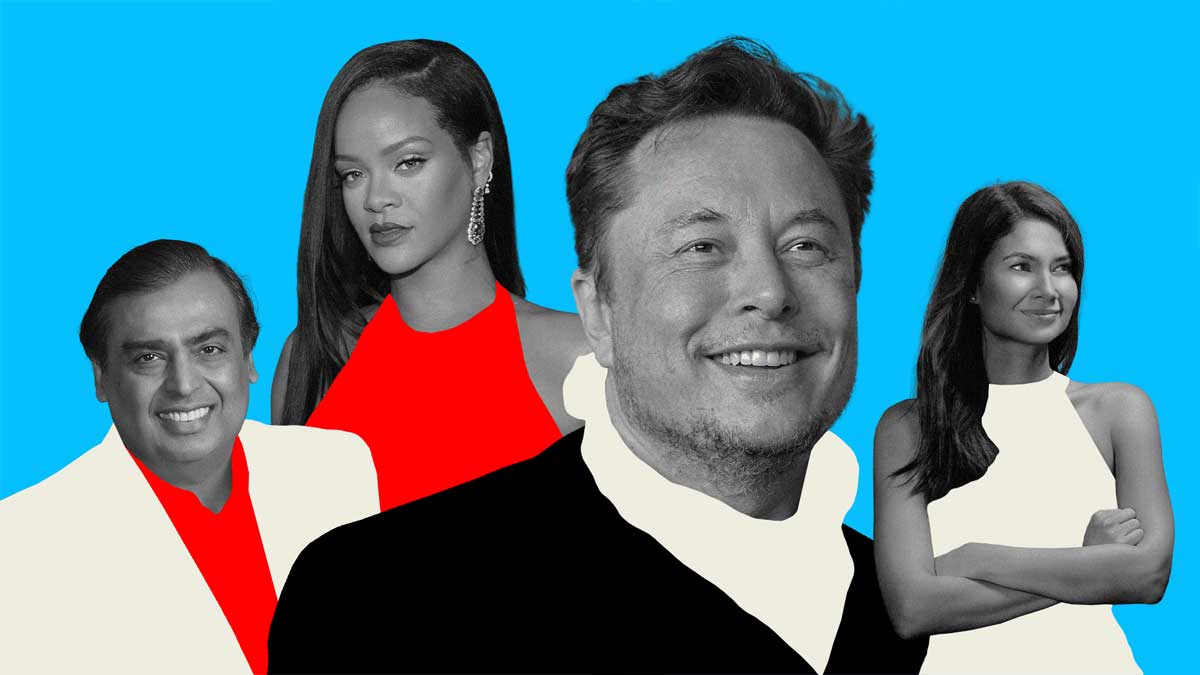 Forbes, a popular American magazine, has released its 36th annual list of the world’s richest people. In comparison to the previous year, 87 persons were left off the list due to war, COVID- 19 pandemic and sluggish markets wreaked havoc on the world’s billionaires.

According to Forbes, the list includes 2,668 billionaires, with 236 newcomers, and 1,000 billionaires are now wealthier than they were a year ago.

With 735 billionaires worth a combined $4.7 trillion, America continues to top the world. Elon Musk, the CEO of Tesla Motors, led the list for the first time, while China (including Macau and Hong Kong) stayed second, with 607 billionaires worth a total of $2.3 trillion.

Read more: Meet the 15 youngest billionaires under the age of 40 in Forbes 400

No one has become wealthier than Elon Musk, who has moved to the top of the World’s Billionaires list for the first time. Musk was worth an estimated $219 billion as of March 11, when the magazine calculated net worth’s, after adding $68 billion to his fortune over the previous year thanks to a 33 percent increase in the stock price of his electric vehicle producer Tesla.

Elon Musk beat Jeff Bezos, who dropped to No. 2 for the first time in four years as a result of a 3% drop in Amazon stock and higher charity donations, wiping $6 billion off his net worth. Bernard Arnault, the French luxury goods billionaire who has gained $8 billion to his fortune in the last year, is still the world’s third wealthiest person. Bill Gates and Warren Buffett round out the top five.

According to Forbes magazine, Indian businessman Mukesh Ambani, chairman of Reliance Industries, is the world’s 10th wealthiest person, followed by infrastructure tycoon Gautam Adani and his family, who are ranked 11th on Forbes’ annual billionaires list.