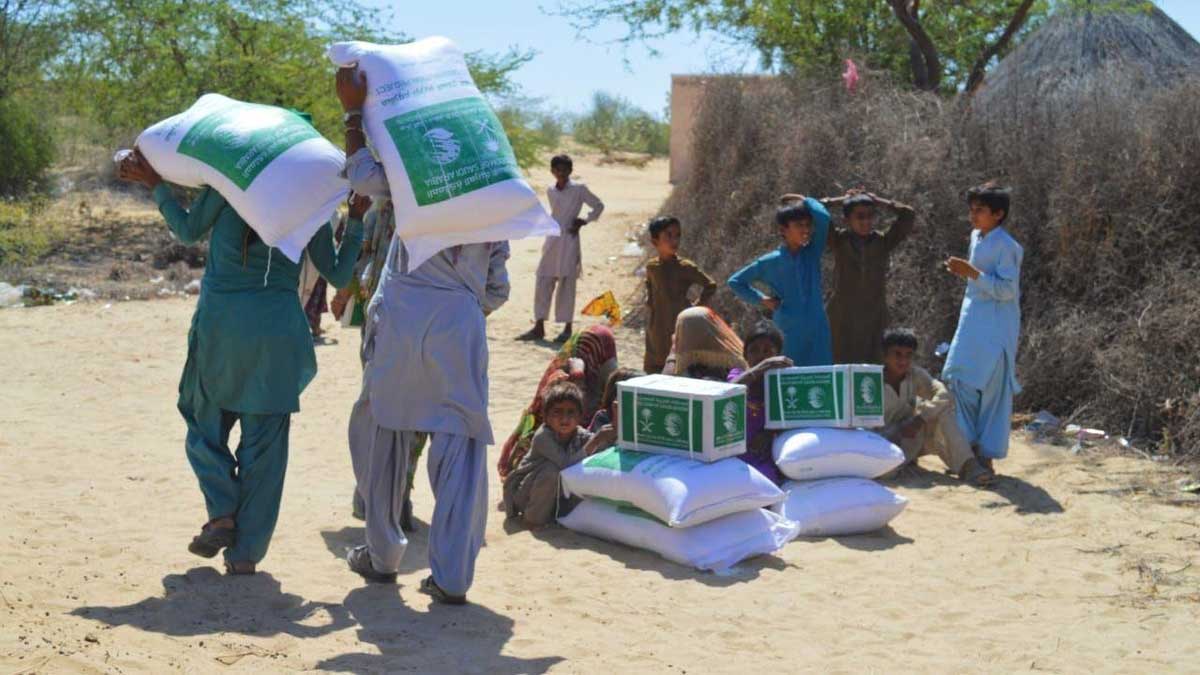 Saudi Arabia has granted 25,000 food packages to Pakistan to distribute amongst the destitute groups in the holy month of Ramadan. For this purpose, a ceremony was held at Saudi Embassy in Islamabad on Monday.

Officials from the ceremony told the media that this step will give an advantage to about one hundred and seventy-five thousand people in nine districts of Sindh, three districts of Punjab, and earthquake victims of district Roundu of Gilgit-Baltistan.

Meanwhile, Chairman of the National Disaster Management Authority (NDMA) Akhtar Nawaz cited both Pakistan and Saudi Arabia have a warm relationship and these associations are deep-rooted in common faith and culture.  He thanked Saudi Arabia for the Ramadan gift and said the country has always helped Pakistan in difficult times.

The King Salman Humanitarian Aid and Relief Centre has given humanitarian and development support to beyond 80 countries over four continents.

Moreover, King Salman Humanitarian Aid & Relief Centre (Ksrelief) initiated a project to support food Security for the year 2022 by dispensing 75,000 food packages in three stages with the association of the National Disaster Management Authority in all provinces of Pakistan.

The food bags will be provided to the needy ones under the supervision of King Salman Humanitarian Aid and Relief Center.

While addressing the ceremony, the Saudi Ambassador to Pakistan Nawaf bin Said Al-Malki stated that the food bags are a present from Saudi Arabia to the friendly country of Pakistan. He added Saudi Arabia has a keen desire to take relations with Pakistan to a new height.