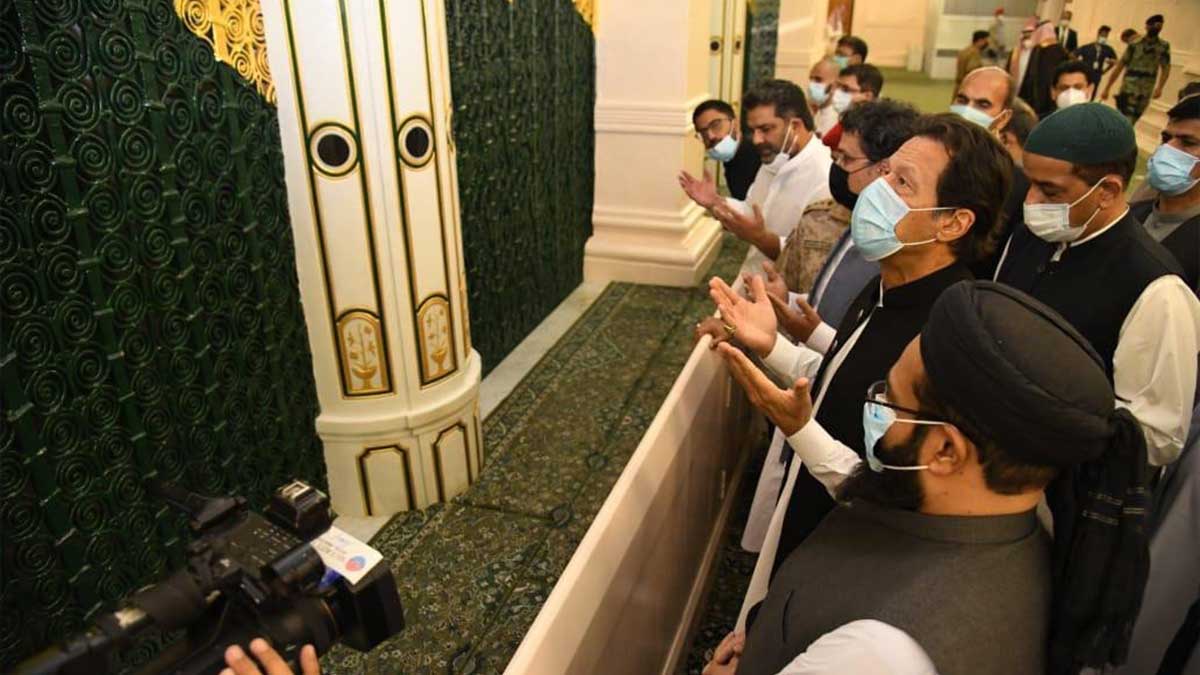 During his current visit to Saudi Arabia, Imam-e-Kaaba Sheikh Abdul Rahman Al-Sudais met with Prime Minister Imran Khan, who was joined by other imams from Masjid Al-Haram.

The premier praised the Saudi Arabian government for providing all facilities to pilgrims and making plans for the pilgrimage to continue by introducing COVID-19 standard operating procedures (SOPs). He also expressed optimism that the situation would change over time.

During the meeting, the premier extended an invitation to the Imam-e-Kaaba and other religious leaders to visit Pakistan, which they accepted. The meeting also included Foreign Minister Shah Mehmood Qureshi, the Foreign Secretary, and Tahir Mehmood Ashrafi, the Special Representative to the Prime Minister on Religious Harmony.