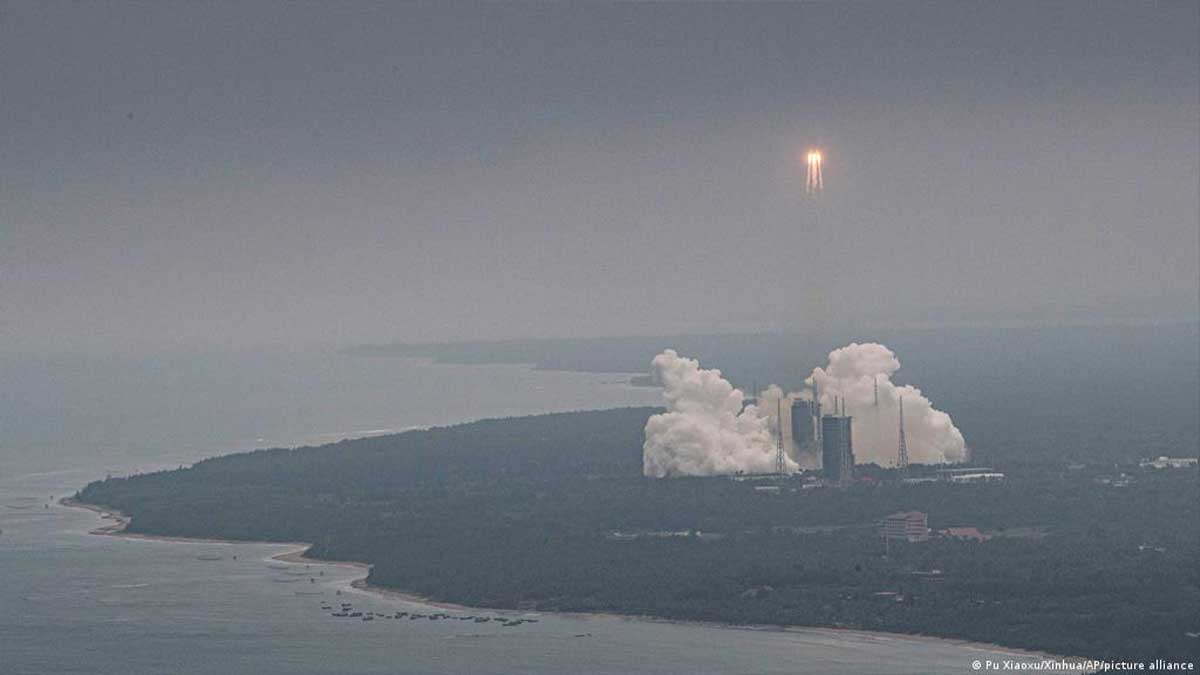 China’s largest rocket fragments have dropped in the Indian Ocean, putting an end to days of uncertainty over where the wreckage will land and attracting criticism from the US for a lack of accountability.

According to Chinese state media, the point of impact was west of the Maldives archipelago, according to the China Manned Space Engineering Office (CMSEO).

The debris from the Long March 5B had been a source of concern since it launched from China’s Hainan island on April 29, but the CMSEO said much of it had burned up when it re-entered the atmosphere.

Parts of the rocket re-entered the atmosphere at 10.24 am Beijing time (0224 GMT) and landed at a site with longitude 72.47 degrees east and latitude 2.65 degrees north in Indian Ocean, according to state media.

The re-entry of the rocket over the Arabian Peninsula was verified by the US Space Command, but it was unclear if the debris reached land or sea.

“US Space Command will not release the precise location of the impact or the duration of debris, all of which are unclear at this time,” it said in a statement on its website.

The Long March was the 5B variant’s second deployment since its maiden flight in May 2020. Last year, remnants of the first Long March 5B hit the Ivory Coast, causing damage to many houses. There were no injuries recorded.

“Spacefaring nations must minimize the risks of re-entry of space objects to people and property on Earth, and maximize accountability in those operations,” NASA Administrator Bill Nelson, a former senator and astronaut, said. “It is clear that China is not upholding ethical standards when it comes to space debris.”

Concerns that the rocket was out of reach and could cause damage were discarded as “western hype” by the Global Times, a Chinese paper.

At a daily media briefing, Wang Wenbin, a spokesman for China’s foreign ministry, said, “It is normal practice around the world for upper stages of rockets to burn up when reentering the atmosphere.”

“In my understanding, the upper stage of this rocket has been deactivated, which means that most of its parts will burn up upon re-entry, greatly reducing the risk of harm to aviation or ground facilities and activities,” he said.

The rocket, which launched an unmanned Tianhe module into orbit, which will accommodate three crew members on a permanent Chinese space station, will be followed by ten more missions to complete the station by 2022.