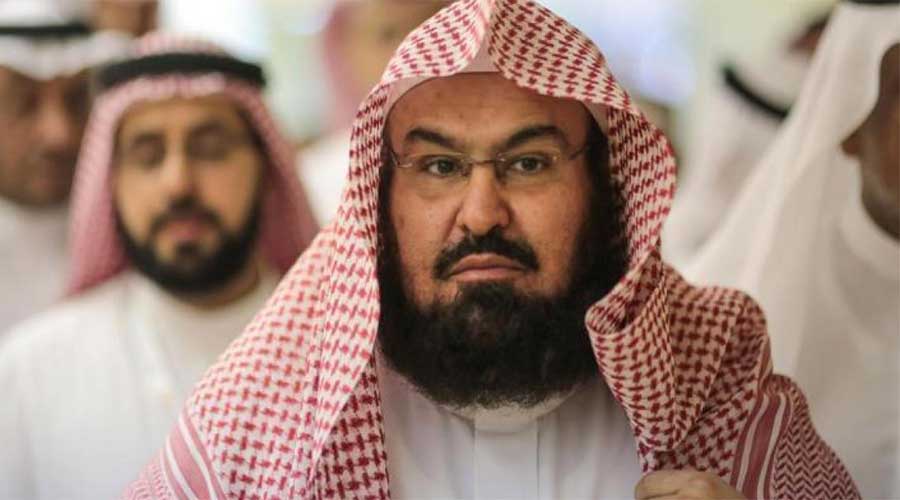 The Imam of the Grand Mosque of Mecca Abdul Rahman Al-Sudais, hinted at a likely normalization of relations between Israel and Saudi Arabia, which stirred a discussion on social media platforms.

The address came within one month after the acceptance of Israel by the United Arab Emirates (UAE), which raised questions on Saudi Arabia’s next move in the region.

“Avoid any misconceptions about correct beliefs in the heart coexisting with having healthy dealings in interpersonal exchanges and international relations.”

The Imam Sheikh Al-Sudais also brought into light an event in which the last Prophet Muhammad (PBUH) dealt with a Jewish neighbor who later on became Muslims.

“When the course of healthy human dialogue is neglected, parts of people’s civilizations will collide, and the language that will become prevalent is one of violence, exclusion, and hatred.”

Imam Al-Sudais also advised people to remain loyal and obedient towards your own leader and authorities so that you can stay away from the “misguided factions and groups.”

The statement stirred a huge storm in social media and triggered a conflict on social media who blamed the Imam Al-Sudais for misusing the platform of Islam’s most divine mosque to make ground for the government to normalize relations with Israel.

A Twitter user expressed his feeling regarding this matter in which he said that the Sudais sermon was against his own traditional stance on Al Aqsa Mosque.

Another Twitter user Muhammad al-Mukhtar al-Shinqiti, who is a Mauritanian author saw the Sudais address an ill use of the Grand Mosque by the Imam-e-Kaaba in order to endorse normalization and call for the obedience of the murderous rulers.